Crop machinery investments vary according to a combination of strategy, attitude, business phase and economics. 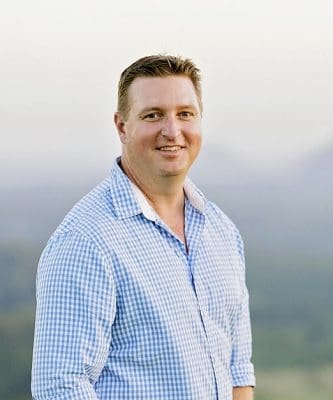 Kondinin Group’s Ben White says machinery replacement and operating costs, including the use of contractors, can be more than a farm business’ combined spend on fertilisers and chemicals. (Photo: Kondinin Group)

This is a key finding from a project exploring how growers in western areas of Western Australia’s Kwinana port zone make machinery investment and replacement decisions and divide up capital expenditure budgets.

The project was initiated by the Grains Research and Development Corporation (GRDC) Kwinana West Regional Cropping Solutions Network (RCSN) – with the aim of increasing knowledge about how much growers are investing in machinery; ownership models; and triggers for and frequency of replacement.

“But there is always a trade off in potential efficiency gains from machinery investment versus erosion of business profits,” he said.

“Machinery replacement and operating costs, including the use of contractors, are estimated to make up about one third of farm income and can be more than the combined spend on fertilisers and chemicals.”

Mr White said project results showed there was an average $1.35 million invested annually in farm machinery by the 27 growers surveyed in depth, with the amount ranging from $350,000 to $3.37 million.

“The resulting average total machinery investment per hectare was $381 but ranged from $113 to $813,” he said.

Mr White said this represented about 65 per cent of average gross income potential (GIP) (based on an assumed wheat price of $250 per tonne and long-term wheat yields).

He said, on average, the growers surveyed in the Kwinana West port zone allocated:

“Ownership models included: running machinery for longer periods; leasing versus owning; and having two or more pieces of similar equipment,” he said.

“Case studies were prepared to illustrate in-depth examples of the range of machinery replacement strategies being used in the Kwinana West region.”