NEW Holland Agriculture has released the latest development in its vision for the sustainable future of farming: a methane powered concept tractor. 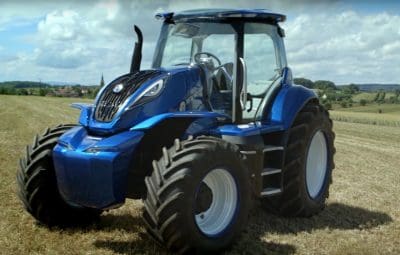 New Holland has developed a concept tractor that is powered by farm-produced methane.

Showcased at the Farm Progress Show in the United States, the tractor’s design points to a future of farming being completely energy independent where a farm produces not only food, but also the biomass it needs to generate the energy it uses to run its operations and power its tractors and other machinery.

“Its ground-breaking engine delivers the same performance and has the same durability as its standard equivalent, but with much lower running costs,” he said.

“It combines alternative fuels and advanced agricultural technology to create a vital link that closes the loop in the Energy Independent Farm’s virtuous cycle by running on the energy produced from the land and waste products.” 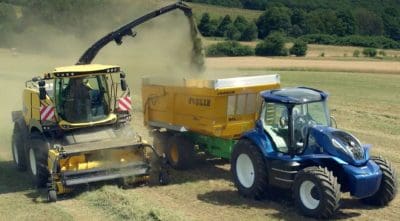 It features a powertrain that uses a ground-breaking efficient combustion technology specifically developed for agriculture applications by FPT Industrial, a brand of CNH Industrial that has pioneered natural gas traction for more than 20 years.

The six-cylinder NEF methane engine delivers 135kW (180hp) and 740 Nm: the same power and torque as its standard diesel equivalent.

It has the same durability and service intervals, and generates up to 30pc running cost savings.

The powertrain of the methane powered concept tractor has the added benefit of quiet operation, with engine noise level reduced by up to 3 dBA. This translates to around a 50pc reduction in drive-by-noise.

Its environmental performance further improves when fuelled by biomethane produced from crop residues and waste from farm-grown energy crops, which results in virtually zero CO2 emissions.