FARM machinery manufacturer, CLAAS, is continuing to roll out its completely-redesigned range of advanced technology tractors with the ARION 400 due to arrive in Australia in September. 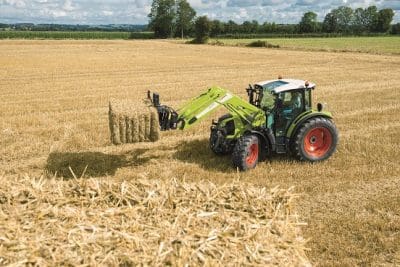 The new series, which features six models delivering between 67.5kW and 105kW (90-140hp), showcases an array of features and technology normally only found on larger horsepower tractors.

CLAAS Tractors Group product manager, Dave Knowles, said the new series had been completely redesigned from the wheels up.

“Over the past few years, CLAAS has concentrated on modernising its offering in the medium and large horsepower tractors,” he said.

“Now, CLAAS is proving it is an innovative force in the lower horsepower segment by completely redesigning the ARION 400 series.

“With six engine ratings, four cab structures and a range of specifications, ARION 400 can meet every need in the highly competitive 100 to 150 horsepower segment.”

The most distinctive of these is the PANORAMIC cab, which features a continuous windscreen-roof panel. 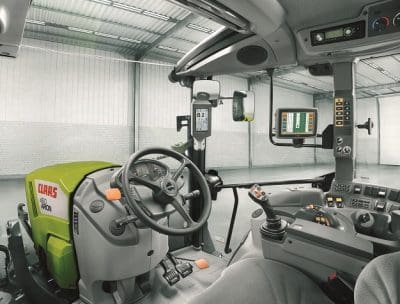 “The 2.4 cubic metre one-piece windscreen gives the driver a completely new sense of space,” he said.

“There is no crossbeam between the windscreen and the polycarbonate roof panel, giving the driver an unrestricted field of vision.”

The design has won several international accolades, including a SIMA Gold Innovation Award and an iF Design Award.

Alternatively, cabins can be specified with conventional or opening windscreens, glass skylights or a five-pillar cab.

Other options include a single-door or low roof cabins.

“The engine sump is integrated into the frame, saving space and making maintenance easier.”

“They use a two-stage catalytic converter system that does not require an external exhaust gas recirculation system or a diesel particulate filter.

“All components are positioned under the bonnet to allow the driver a free field of vision to the front.”

ARION 400 can be specified with either HEXASHIFT (24/24) or QUADRISHIFT (16/16) powershift transmissions.

“All 24 gears can be conveniently changed using the multifunctional lever, without having to use the clutch pedal.

“The large gear overlap allows the optimum rpm and driving speed can be selected for each application.

“It can be used on the road at a lower engine rpm, reducing noise and fuel consumption.

“The driver also has the option to use the fully automatic HEXACTIV powershift mode.”

ARION 400 can be specified with the proven CLAAS SEQUENCE MANAGEMENT headland management system, which enables key tractor functions, such as engine and PTO rpm, power lift and electronic controls, to be saved as operating sequences.

Other options include the newly-developed dynamic steering system, which reduces the number of steering wheel rotations required to lock the steering.

“The number of steering wheel rotations from lock to lock can be reduced from 4.5 to three or even one rotation at the touch of a button,” he says.

“This makes steering-intensive work, such as when using a front-loader or negotiating headlands, significantly easier.”

The dynamic steering system, which has three modes, is engaged via a button in the right-side console.

“About 90 per cent of all work can be executed with the steering angle dependent mode, where the steering automatically accelerates the stronger the turn,” Mr Knowles said.

“In the speed-dependent mode, the steering transmission is automatically reduced as the tractor speed increases above 10 kilometres/hour.

“Using the third mode, the steering transmission is manually adjusted independent of the speed or steering angle lock.”

All models feature an ergonomically-designed, multifunction lever that controls the front-end loader, rear linkage and optional electro-hydraulic or hydraulic controls.

“You use your left hand to steer and your right arm to operate all the tractor’s key functions,” Mr Knowles said.

“You can switch through all the gears, change direction of travel and use the front-end loader and spool valve functions using your thumb.”

The ARION 400 has several external storage spaces, including a toolbox above the battery and a storage box for the lower link balls mounted on the rear mudguard.