AGRICULTURAL equipment sales in Australia are now comfortably topping $1 billion on an annual basis and February saw the continuation of what promises to be another landmark year. 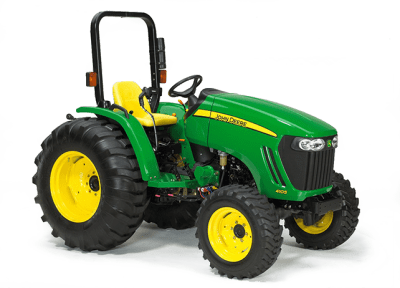 Sales of compact utility tractors have led the Australian machinery market in February.

Tractor and Machinery Association (TMA) executive director, Gary Northover, said tractor sales for the month of February fell just short of the 1000-unit mark in what was a particularly bright month for the southern states in the under 30kW (40hp) category.

Sales of tractors in this category are 30 per cent up on the same time last year as the effect of some aggressive sales campaigns become realised.

The under 30kW category, often referred to as the “leisure” category, is benefitting from the activity being seen across regional areas in property purchases and developments, some optimism returning to the dairy sector and ongoing demand in the fruit/wine/nuts market places, all supported by mild weather conditions.

“Low interest rates combined with the release of many new models from the larger makers saw Victoria tractor sales up 14pc on the same time last year; South Australia up a whopping 42pc on last year and Tasmania also up 14pc on last year,” Mr Northover said.

“Not surprisingly, the tropical weather being experienced in Queensland and NSW has kept things a little quiet whilst that never-ending tendency for buyers to withdraw from the market when there is an election on has seen sales in Western Australia down slightly on last year.”

Mr Northover said sales of combine harvesters were once again slow as the market continued to take a breath from a hectic season.

“However, the question remains as to whether or not we will see a repeat of last year’s outstanding sales numbers,” he said.

“Manufacturers continue to report strong interest levels from the market with a healthy forward order book in play, so the industry remains optimistic that we will indeed achieve another big year’s sales.”

Whilst baler sales were quiet, Mr Northover said they too were a product line that had experienced every strong demand and on a 12-month basis were 18pc up on the previous 12 months.