A FARMER has died in hospital after being struck by a tractor at Meredith near Geelong in Victoria last Thursday night. 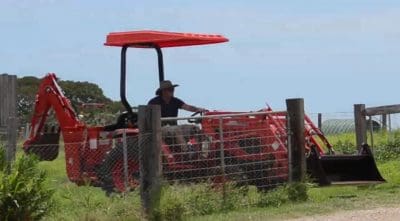 Complacency is the greatest contributing factor to tractor-related deaths.

The 68-year-old man was undertaking maintenance on his tractor at his farm when the incident happened.

He suffered serious head injuries and died later in hospital.

The man was working alone at the time of the incident.

Also last Thursday, a man was killed in a quad bike crash in the central west of NSW, the fourth quad bike fatality in NSW in less than three weeks.

The man, believed to be aged in his 70s, was riding his quad bike at a property at Clergate near Orange on Thursday afternoon when the incident occurred.

Police and emergency crews responded to the incident shortly before 5pm. The man died at the scene.

The incident comes less than a week after a 60-year-old man was killed in a quad bike crash near Blandford in the Upper Hunter region of NSW.

Earlier this month, a six-year-old girl was killed and a teenage girl was injured after the quad bike they were riding crashed into trees on a farm near Pilliga in northwest NSW.

On the same day, a 60-year-old man died in a quad bike accident at Sofala near Bathurst, NSW. He was found trapped under the quad bike in a creek bed with serious head injuries and died at the scene.

In January, a seven-year-old boy died on a farm in the NSW Riverina after a quad bike he was riding with a nine-year-old friend flipped and fell on top of him.

The NSW Government has doubled the value of rebates available to farmers for quad bike safety measures to $1000.

WHILE quad bikes are largely considered the leading cause of on-farm injuries and deaths, it was the tractor, which often slips under the farm safety radar, that accounted for more fatalities in 2016.

The report found that while there had been improvements over the past 20 years with annual deaths in agriculture falling from around 150 per year to 60/yr, the industry was still one of most dangerous in Australia.

The dangers associated with the use of tractors, and ensuring users are well-informed as to how to stay safe, is a cause general manager of “The Farm” at Byron Bay in north-east NSW, Johno Hunter, takes seriously. 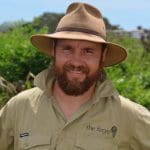 “Tractors are one of the biggest killers on farms, and we have tractors here on our site,” Mr Hunter said.

“I believe we have an obligation to provide safety workshops and I’m passionate about trying to stem the flow of accidents and deaths on farms.”

“The Farm” is a 34-hectare property that produces beef, pork, eggs and vegetables which is used to supply other on-site businesses including the Three Blue Ducks restaurant.

Responding to the rise in numbers of hobby farmers in the region, Mr Hunter identified the need for an introductory Tractor Safety Workshop at “The Farm” to educate part-time farmers, as well as people learning to operate tractors for the first time.

“There are certain elements that people don’t really think about when they jump on a tractor,” Mr Hunter said.

“We want to educate people about how to operate these potentially dangerous machines correctly and safely – that’s our objective.”

“I think people become complacent with their machines. They’ve done it a 1000 times, they think they know how to do it properly, but in-fact they’ve probably done it the wrong way 1000 times. Eventually this is going to lead to serious issues,” he said.

“Unfortunately, tractors don’t die very easily. There are tractors out there that are 50-years-old, and people are still operating them. Ultimately issues will arise with these machines, and more importantly these old tractors aren’t fitted with modern safety equipment.”

Mr Wruck was keen to emphasise the significance of roll-over devices on tractors.

“Most of the deaths in recent years have come from roll-overs, and this is from people thinking it’s quite easy to have a child or a second person on a tractor – they fall off and a death occurs. There’s no provision to have a second person on most tractors, and there is really nothing for them to hang onto,” he said.

“I can’t stress enough just how dangerous this practice is. I know it’s very hard to refuse taking kids for a ride on a tractor, but we really need to be firm with this to ensure people live a little longer.”

The goal of PIHSP is to improve the health and safety of workers and their families in farming industries across Australia. It is funded by the Cotton, Grains and Rural Industries Research and Development Corporations, as well as the Australian Meat Processor Corporation and Meat & Livestock Australia.

To download a copy of the 2015 PIHSP report, click here https://rirdc.infoservices.com.au/items/14-127 or for more information about the partnership, visit www.rirdc.gov.au/PIHSP

Are you between 13 and 21 with a farm safety story to tell? Head to www.rirdc.gov.au/pihsp for more information on the 2017 Farm Safety Student Video Competition.