STEADY progress is being made towards standardising regulations for the movement of large agricultural equipment on public roads across the eastern seaboard and South Australia, with new orders expected by the end of this year. 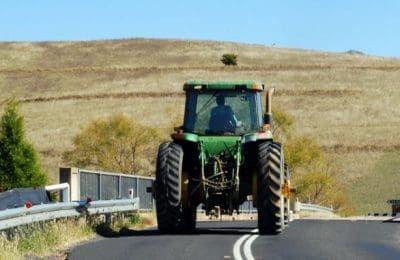 In what has been a long-running process, the National Heavy Vehicle Regulator (NHVR) has been working with state farm bodies, road authorities and machinery operators to develop a ‘harmonised’ set of guidelines and regulations.

The focus is on the movement of large equipment, such as harvesters, comb trailers, augers, conveyors, airseeders and cotton pickers, on public roads.

“Those four notices removed about 30,000 consents where people would have had to come to the NHVR or state body for a permit to travel on a certain piece of road,” he said.

Mr Berkman said the NHVR was now working with a number of peak groups, including livestock and agricultural peak bodies, to develop the next set of national notices.

These will be for Class 2 B-doubles, Class 2 road trains, a higher mass limit declaration and a National Class 1 agricultural vehicle and combination notice for farming machinery.

He said the National Class 1 notice would harmonise conditions for agricultural equipment, replacing up to a dozen state agricultural notices and guidelines that currently existed.

“We will work with the states to get a notice that they will be able to tap into, and that notice will essentially provide harmonisation across the participating states, which don’t include Western Australia and the Northern Territory,” he said.

NSW Farmers’ policy director Jaimie Lovell said NSW Farmers had pushed hard for the NHVR to prioritise this notice, and was pleased that the work was now underway.

“We see this process as a real opportunity to ensure that the regulations are built for the modern fleet in use by farmers now, rather than the much smaller machinery in use when the states made the rules,” she said.

“What will be critical is how the different zones in operation across the jurisdictions are harmonised.

“Farmers living on or near the border are often faced with more red tape when they are moving vehicles across state lines.

“The proof of the pudding will be whether farmers can move more easily and efficiently between their operations, both within states and between states.”

“We understand that, given the last 12 months of work with Vic Roads in updating the regulations, they will be taking a lead with NHVR to come up with a new, proposed set of regulations,” he said.

Mr Sheridan said one of the key issues for the VFF was to update the regulations to reflect current practices in the agricultural industry and the new equipment that was being used. 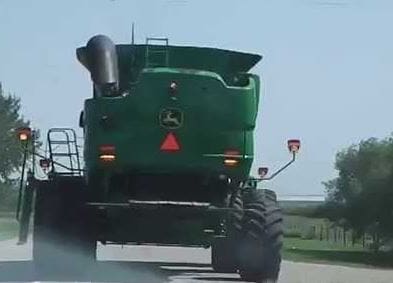 But he said while standardising regulations across states would be helpful, that standardisation might still have to allow for regional differences between and within states.

“With all the different equipment and with the different geographic regions from outback Queensland to Gippsland in Victoria where the roads are very different, it is quite a challenge to standardise the regulations,” he said.

“The regional differences can be handled by having different zones or maps where you have slightly different standards for different regions.”

Rules that are future proof

In Queensland, AgForce Grains president, Wayne Newton, said it was time to draw up a new set of regulations that overcame the current variations between states.

“For instance, in NSW a farmer can’t escort his own machinery on the road. He has to be an accredited pilot. In Queensland, if you are just going down the road you don’t have to be accredited to do that,” he said.

“The other problem we have is that since the individual state regulations were implemented a lot of the farm machinery has continued to get bigger and bigger.

“We are saying to NHVR that it is important we come up with a set of rules that are future proof. It is no good trying to implement a set of rules from five years ago. We need to be looking forward to the sort of machinery operating on farms that necessarily have to travel the roads.”

Mr Newton said AgForce had put forward a proposal for creating a separate set of regulations for the agricultural sector.

“We think if we had a separate agricultural section it would overcome some of the problems we have because the vast majority of movements in agriculture occur on minor backroads,” he said.

“A small proportion occur on main roads and highways, whereas the heavy vehicle transport operators mainly operate on the highways. There is a different level of risk and issues about operating wide loads on highways.”

Mr Newton said it was particularly important to simplify the rules for contractors operating interstate with harvesting equipment so they didn’t have to deal with a complexity of different issues.

“Ideally, we will end up with one set of rules so it doesn’t matter whether you are just driving half a kilometre down your local road or whether you are driving from Queensland to Victoria,” he said.