FARMERS in Argentina have nearly finished the planting of their 2019/20 wheat and barley crops according to the latest Buenos Aires Grain Exchange (BAGE) agricultural report. 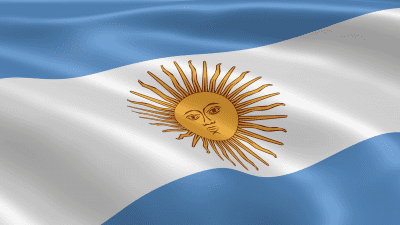 Grain producers are reported to have sown 6.078 million hectares (Mha), or 92.1pc of the intended wheat area by Wednesday last week. This compares to 93pc planted at the same time last year, and a five-year average of 85.6pc. BAGE is forecasting that a record total of 6.6Mha will be sown to wheat this season. This represents a 6.5pc increase on the 6.2Mha planted last season.

Soil moisture levels are very favourable in Argentina this season, and some fields are too wet to plant. This is the main reason that the planting program is not further advanced or even finished by now. According to BAGE, 96.6pc of the wheat crop is in favourable to optimum moisture conditions. This compares to only 67.5pc at the same time last season.

“Argentine wheat has been an unwelcome competitor into some of Australia’s traditional Asian markets this year, and that looks set to continue in 2019 if current production forecasts are met.”

Early wheat production forecasts peg the crop at a record 21.2 million tonnes (Mt). This compares with the most recent United States Department of Agriculture (USDA) forecast of 20Mt. Wheat exports are expected to be around 14.5Mt this marketing year, up from 13Mt last year. Brazil will continue to be the biggest destination at around 7Mt, but Asia will be a key focus as exporters look to build on the export relationships formed this year.

Argentine wheat consumption in the 2019-20 marketing year is forecast at 5.75Mt, excluding wheat milled for flour exports. Wheat consumption in Argentina is generally quite inelastic, but analysts are predicting a marginal year-on-year increase on expectations that the domestic economy will experience some recovery in 2020.

There are approximately 170 flour mills in Argentina with the vast majority of the plants located in provinces of Buenos Aires, Cordoba, Santa Fe and Entre Rios. Industry sources suggest that most of these facilities are currently operating at around 50pc of capacity.

This follows the imposition of an export tax of 3 pesos per United States dollar in September last year, adding an additional 7pc to the cost of wheat flour exports. Since September 2018, flour exports have dropped by more than 20pc and shipping data this year reveals that some monthly volumes are down by as much as 50pc compared to last year.

On the barley front, significant planting progress has been made in the last two weeks, especially in the southern cropping areas. BAGE reports that 775,000 hectares or 81.6pc of the intended area had been sown as of July 17. Despite a 30pc improvement in July, the southern cropping areas are still well behind the rest of the country, with planting hampered by ongoing wet weather.

They are forecasting that the total area planted to barley this season will finish up at around 950,000 hectares, down 5pc on the 1Mha planted last year. Production is forecast at 3.8Mt, down by around 16pc compared to the 4.5Mt harvested last year. However, favourable seasonal conditions could easily see production exceed 4Mt. The USDA has the Argentine barley crop at 4Mt from 1Mha area.

Domestic consumption of barley for the 2019/20 marketing year is expected to be 1.35Mt, excluding barley that is malted for export. The primary consumers of feed barley in Argentina are the feedlot and dairy sectors and demand is forecast to fall slightly on the back of the lower production.

The malting industry in Argentina is made up of three large and two smaller plants and between 25pc and 30pc of the malt they produce is consumed domestically. The balance is exported to the Mercosur trading bloc and other South American countries. In the 2018/19 marketing year, around 2Mt of malting barley made its way to domestic maltsters or was exported as malting barley.

Total barley exports in 2019/20 are expected to be much lower than the previous marketing year as a result of the smaller crop. Current forecasts are suggesting exports could be as low as 2.2Mt. Shipments of feed barley are pegged at 1.2Mt, with Saudi Arabia, the primary destination. Malting barley consignments make up the balance of 1Mt, with Brazil the leading destination, followed by Chile.

While the only significant Australian areas that remain unplanted are the drought-stricken parts of central and northern New South Wales and southern Queensland, the prospect of adequate rainfall in the near future is low, so the planting window is basically closed.

One of the big turnaround stories in Australia this year is Central Queensland. They are currently in the middle of their sorghum harvest and any grain hitting the market is being snapped up very quickly. The wheat crop is also looking above average in most districts. Production of as much as 350,000t is on the cards and no doubt that will be gobbled up by domestic consumers in Queensland as soon as it hits the market in September.

But this will not solve the northern demand deficit. It will continue until late next year, and the shipment of wheat and barley from Western Australia and South Australia to the port of Brisbane will continue to fill the void.

On the whole, the Australia winter crop conditions are better than this time last year. If current estimates of a circa 20Mt wheat crop come to fruition there will be plenty to satisfy domestic demand, and Australia will have a sizeable exportable surplus.

This is where a bigger wheat crop in Argentina becomes a challenge for Australian exporters. The Argies have been an unwelcome competitor into some of Australia’s traditional Asian markets this year, and that looks set to continue in 2019 if current production forecasts are met.