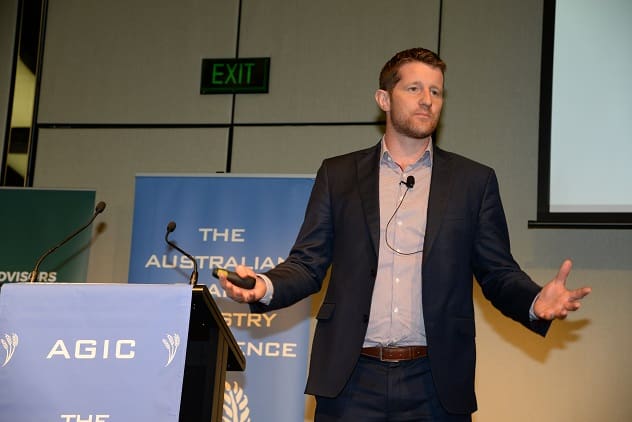 THE WHEAT marketing year ahead is looking “a little less normal” with a challenging supply outlook, changing trade flows and the price set to rise “until the point where corn says stop”, according to Dublin-based senior commodity risk manager with INTL FCStone, Rory Deverell.

Speaking at the Australian Grains Industry Conference in Melbourne, Dr Deverell said since the bear market of 2012-16, the wheat price had found its floor and the question now was: Is it facing a fresh bull cycle?

While much of the focus has been on Russia, he said the underlying dynamic was that the world was facing two primary supply issues: Australia and the Baltic States/Northern Europe, where production prospects were significantly down.

“My opinion is Russia is not contributing to the problem. Their crop is going to be a lot smaller than last year, but the smaller crop means it doesn’t provide the solution to those problems, and that is why grain prices have been supported,” he said.

“Ultimately the market is becoming aware of the issues, so now it just needs to find solutions to the problems that face us.”

Dr Deverell said part of the solution was going to be changing trade flows.

“Those trade flows and changes are going to be exacerbated by the trade wars going on between the United States and basically everybody else,” he said.

“So, we are seeing interesting things like a bigger volume than normal of Russian wheat going to Mexico. That is related in part to the trade war going on between the US and Mexico.”

While negotiations are ongoing between North American Free Trade Agreement (NAFTA) partners Canada, Mexico and the US the door is wide open to origins like Russia and Australia. 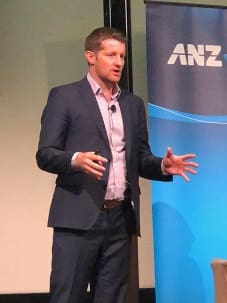 “However, if the US and Mexico come back to some sort of fluid trade arrangement then the door probably starts to close again.

“As Russia tries to build market share elsewhere, does Egypt get opened up maybe to US wheat which has to get to the point of looking attractive against other values?”

“Saudi Arabia originates the vast majority of its wheat out of the Baltic and northern European markets who arguably, based on the supply outlook, aren’t going to be well supported to supply that market,” he said.

“So, as that door opens everyone is trying to figure out who is going to walk into it to fill the gap created there. It is a real pity Australia doesn’t have a bigger crop and a bigger exportable supply to fill that void because it would have been a perfect scenario.

“Once you are in, you always have the opportunity to maintain a relationship there. If Australia isn’t there, we are probably looking at Canada and the US trying to fill that gap, and that means the US is going to have to fill its position as seller of last resort to the world market in wheat.”

Dr Deverell said a lot of the relative price moves had already been made.

“From the flat price perspective, I think the solution comes down to if and when the US releases wheat to the world or the wheat world goes to the US for wheat.

“Corn as well is a centrepiece of the anchor on this price and part of the solution. That is where the substitution is going to be kicking in.”