AUSTRALIA is staring down the barrel of another lower-than-average winter crop, as ongoing dry weather hinders planting across much of the nation, according to Rabobank’s newly-released Australian 2019 Winter Crop Outlook.

With many major cropping regions in the eastern states – as well as South and Western Australia – having begun the season with below-average rainfall, record-low soil moisture and a less than favourable rainfall outlook, Rabobank says it will be “against all odds” for Australia to return to average grain and oilseed production in 2019/20, and is forecasting a total planted area of 18.4 million hectares.

This is up one per cent on last year’s planting, but still down almost 13pc on the five-year average.

Last year’s overall Australian grain crop came in down 20pc to 30 million tonnes (Mt), (according to official ABARES figures) – due to severe drought in the country’s east, although WA recorded a 21pc increase in production to 17.1Mt, its second-largest harvest ever.

Overall wheat production came in at 17.3Mt, the lowest in a decade.

Rabobank forecasts wheat production to again be below 20Mt in 2019/20, with the current rainfall outlook supporting a projection of around 18Mt.

With Australian grain stocks diminished and at the estimated stocks-to-use ratio at more than 15-year lows, this will see the nation heading for another year of below-average grain and oilseed exports.

For wheat, Rabobank projects exports to be in the vicinity of just 11 to 12Mt, up 18pc year-on-year (YOY), but still down more than 30pc on the five-year average. 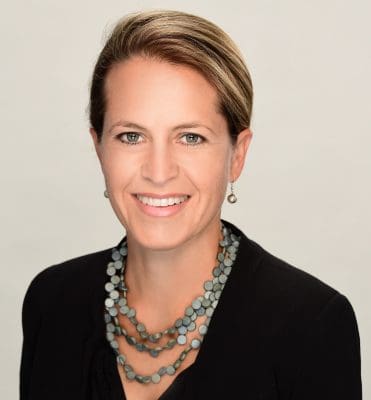 “The hottest summer on record and below-average rainfall – on top of two years of below average rainfall – means large areas are experiencing well-below to the-lowest-on-record root-zone soil moisture and there has been no widespread autumn break in most areas,” she said.

And the poor planting conditions are not confined to the east of the country, with parts of SA having their driest start to the cropping season in 150 years and almost the entire WA cropping belt still waiting for a repeat of last year’s late seasonal break to “turn dust into dollars”.

However, Dr Kalisch Gordon said it was not all bad news on the weather front.

Victoria and parts of southern New South Wales are, by contrast, looking at the best start to a winter crop since 2016/17.

“A major cold front that lashed parts of the eastern states at the beginning of May brought critical moisture to these regions, many of which had been heavily impacted by drought last season,” she said.

“Follow-up rain has continued to replenish soil moisture levels and enabled farmers to progress towards completing their planned programs.”

And these areas offer the best prospects for helping Australia get back on track towards an average production season.

Dr Kalisch Gordon said this year’s plantings represented a “rebalancing between east and west”, after the 2018/19 season where WA did “most of the heavy lifting” with the country’s grain production.

“Any increases we are seeing in planted areas in the other states are expected to be almost netted out by the exception of Western Australia where we expect a five per cent year-on-year decline in area planted,” she said.

“In the wake of WA’s most valuable harvest in history – due to high yields and elevated prices – we expect WA farmers to take a conservative approach to winter planting, given the dry conditions and uncertain outlook there.”

With the largely moisture-depleted start to this year’s Australia’s cropping season, Rabobank says a high rate of dry sowing has been undertaken by growers across the country.

“And this, together with opportunistic use of storm rainfall, as well as the good rains in some areas, is what is set to see a one per cent year-on-year increase in planted area,” Dr Kalisch Gordon said.

But yields are not expected to be high.

“Despite this marginal recovery in planted area, currently forecast seasonal conditions support below-average yields for most areas,” she said.

There will be big swings in crops planted, the Rabobank report says, away from canola and pulses to cereals.

“The pivot towards more wheat and barley that we saw last season is expected to be followed again this year, due to the higher local prices we have in cereals and their less risky production dynamics when there are uncertain seasonal conditions,” Dr Kalisch Gordon said.

Rabobank expects cereal crops to make up 81pc of Australia’s planted area – up on the five-year average of 79pc.

The bank forecasts Australian grain prices to remain in higher ranges over the coming year.

“East coast Australia wheat prices will continue to trade at above-average basis levels while stocks rebuild and another below-average harvest volume is on the cards,” Dr Kalisch Gordon said.

“For barley, while increased planting will help moderate prices this year, the prospects for low production and our expectation that China may need to return to the Australian market for barley for malting in the second half of this year are likely to see prices gain again from current levels.”

The fallout from increased protectionism will continue to weigh on canola and pulse price prospects.

“China’s 25 per cent tariff on US soybeans and the Chinese ban on Canadian canola are more than enough to weigh on oilseed markets, but when Brazil is expecting its second-largest soybean harvest on record and China will have reduced demand for soybeans as a consequence of African Swine Fever, the weight is magnified,” Dr Kalisch Gordon said.

“And the increased use of Black Sea and Argentinian-origin wheat in our export markets in South East Asia is expected to present a disruption to Australia’s market positioning when our exportable surpluses do return to average,” she said.