A FRESH tender for feed barley to Saudi Arabia will close tonight, and hopes are high that Australian offers will lead the pack to win the business.

The tender called by Saudi Grains Organization (SAGO) invites shippers to offer 480,000 tonnes of feed barley to arrive at the kingdom’s ports between 15 March and 15 April.

The destinations of the eight cargoes would be six to Red Sea ports and two to Gulf ports.

Australian barley growers appear likely keen to sell into the rising demand for barley in the prime export zones of Western Australia and south-eastern Australia.

“For the first time since the 2016-17 season, as a country we have competitive barley, canola and wheat behind the ports, and the strong bid price empowers the seller,” Flexi Grain pool manager, Sam Roache, said. 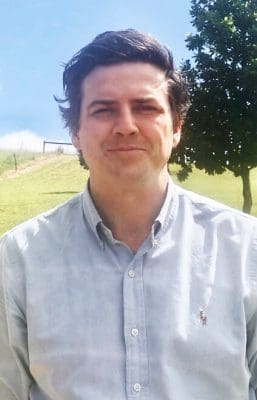 “The only thing limiting Australia executing more business just now is the ability to ship.

“Australia has the grain available, willing sellers, and shippers are encouraged by strong elevation margins, which look like they are in the order of $15-20/t.”

The supply chain, already hard pressed by many wheat, canola and barley cargoes pushing logistics at port to capacity, will redouble its efforts to grab early opportunities.

World prices of most grains have escalated more than 10 per cent since Christmas.

Traders said it could be argued barley has risen more than 10pc, given the penalties of heavy discounts barley faced during 2020’s price turmoil caused by the trade-distorting actions of China.

Saudi barley contracts are written as optional origin, giving sellers a fall-back position in the event of changed circumstance.

While that itself is another trade-distorting factor, it does mean Canada is well placed for premium sales of barley to China, where values were reported around US$300/t cost and freight.

New-crop Northern Hemisphere feed barley business was booked recently for shipment mid-year in the low $260s/t cost and freight; Black Sea or EU origins were the most likely suppliers.

However nearby shipment, such as today’s Saudi enquiry, sits in the part of the crop year where Southern Hemisphere suppliers have more ready stock than their northern competitors.

Market intel for this tender puts Black Sea origins out of reach: Ukraine is a “no” because of limited supply; Romania’s in the same boat, and there is a lack of selling from the grower in Russia, with talk of export taxes muddying the waters.

Of the EU countries, France is an absolute “no” on tight supply, and Germany already has thriving euro-denominated trade on the books with customers in Iran.

So it’s up to Australia to nut out its best plan for logistics and put its best foot forward.