Mr Li said there was an inelastic base in the Chinese wheat market where Australia had a 25pc market share, contributing 1MT of China’s 4Mt wheat imports.

However, the Australian product faced competition from the United States and Canada. “There is steady growth in demand for ‘healthy foods’ so Western Australian oats have a strong quality reputation and high consumer recognition,” he said.

“The expected long term demand for Australian grain is positive, based on a good reputation for low moisture content and lack of contaminants; Australia needs to protect this reputation as a competitive edge.”

While “brand Australia” was identified in the commoditised grain industry, the majority of which was sourced from South Australia and WA, there was recognition that at the premium end of the food offer Chinese consumers were looking for niche brands which demonstrated traceability, trust and provenance. 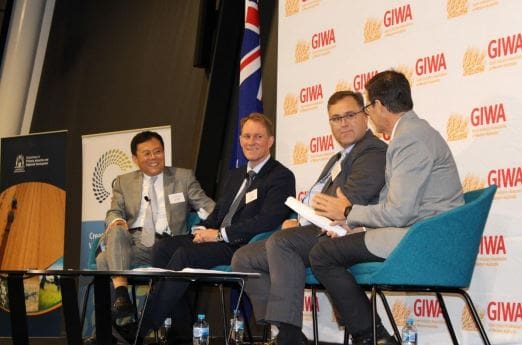 Owned by the Chinese government, COFCO is the largest food and agribusiness conglomerate in China, with processing, storage and port capacity and vertical distribution networks throughout China.