AUSTRALIA exported 880,361 tonnes of barley and 54,464t of sorghum in January, according to the latest export data from the Australian Bureau of Statistics (ABS). 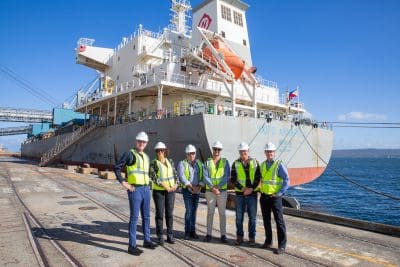 Despite malting shipments increasing from December, the total feed and malting figure is down 10 per cent from 977,351t exported in December, while the sorghum figure is up 106pc on December shipments of 26,340t.

Market Check head of strategy Nick Crundall said while the January numbers were down on the month, volumes were still very strong.

“Pushing nearly one million tonnes of barley out a month is a great result and indicative of how cheap Aussie barley is on the world stage,” Mr Crundall said.

“Saudi Arabia has been shouldering the export task, again being the biggest home for our feed barley in January.”

Shipments of barley to Saudi rose 11 per cent in January from December, with another big month expected for February.

“Thailand also continues to impress, taking another wedge in January, while February-March should be no different.”

On the sorghum front, a shipment to Kenya propped up volume, while containerised sales to China were also significant.