A CBH cargo of malting barley bound for Mexico loads in January at the cooperative’s Albany terminal. Photo: Nic Duncan

THE LACK of Australian barley access to China dealt a heavy blow to the Australian grains industry, but there is a silver lining explained, in part, by China’s rapidly expanding appetite for feedgrain helping lift the global complex. 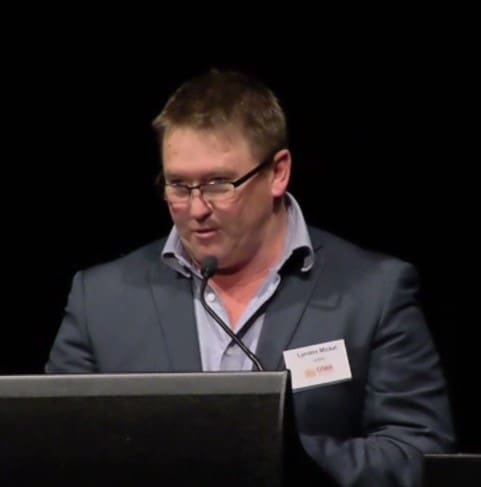 Following imposition of a tariff on Australian barley in May last year the Australian grain industry, aided by strong feedgrain demand, is now adjusting to damaged malting barley exports.

Along with discussions around the malting and brewing industries’ move to sustainability, it was one of the themes introduced by Grain Industry Association of Western Australia (GIWA) barley council chair Lyndon Mickel at the annual barley forum held in Perth on Monday.

CBH Group’s barley trading manager Drew Robertson, who oversees one of the world’s biggest barley export programs, was among the forum presenters.

“Probably since the middle of last year demand from China has really been driving global grain markets across the board,” Mr Robertson said.

Pointing to China’s structural imbalance on domestic supply and demand, Mr Robertson said China’s own production of corn has plateaued at around 260 million tonnes (Mt), but consumption sits at around 295Mt.

The deficit for two years at least has been filled partly by corn imports and partly by stock drawdown, severely cutting its carryout (Chart 1). 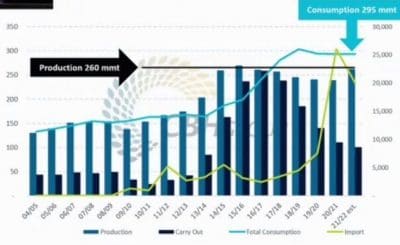 “Substitution and imports are the short-term levers China can pull to try to resolve the imbalance.

“Longer term, you would have to assume that China would try to increase production again.

“Over time, this isn’t a short-term solution, you would think there would be some significant investment to try to improve corn yields.”

The yield of corn in China is reported to be about 60 per cent of US yields, 75pc of Argentinian yields, and similar to Ukrainian corn yield, and has great potential to increase.

Australia went from being a high-priced source of malting barley, ranking alongside that of Canada, to the cheapest malting barley, according to Boortmalt Asia Pacific regional merchandising manager Simon Robertson.

“The impact locally is that we have seen the premium for malting barley dissipate.

“The underlying feed demand for barley and the feed demand particularly out of China, recovering from African Swine Flu is taking a huge amount of corn, barley and wheat now for feed (and) has been the driver for supporting feed prices.”

“We are needing to understand how consumers are shaping demand, globally,” AEGIC chief executive officer Richard Simonaitis told the forum. 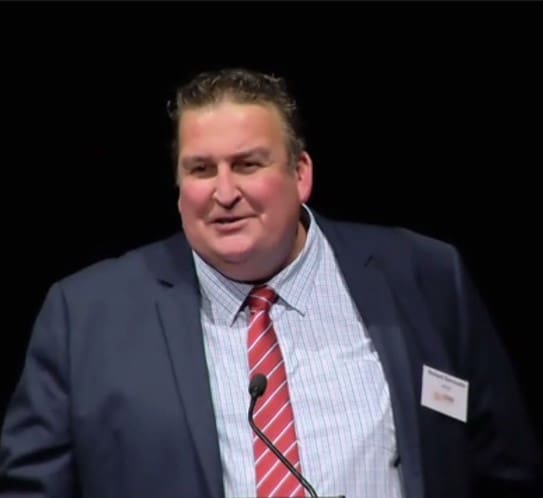 “Individual people make individual decisions about what they consume, what they choose to put into their mouth.

“The aggregation of those decisions becomes demand.

“China was our biggest barley market…it is a massive shaper of demand.”

“For malt, there is no single market that can soak up the malting capacity that China has, at 5.4Mt annually; the rest of the world is only about 3.5Mt.”

Mr Simonaitis pointed to the future of feed and malting barley being best served by AEGIC sharing with customers all technical aspects of Australian barley, consulting on the economic modelling of how it transfers value to them.

When an educated buyer and informed seller meet in the market you achieve market symmetry and achieve the best price outcome.

When AEGIC has done the groundwork, as has occurred in India, trade will follow when market circumstances have cleared the few remaining hurdles.

“Thailand has risen from nothing to about a million tonnes.

“The Philippines is just starting to switch on.

“There are huge volumes of feed barley traded through South-east Asia and North Asia, and with the right technical support and fundamentals ,we should be able to sustain our participation in those markets for a long time.”