THE UNITED States Department of Agriculture has cut its forecast for Australian wheat exports from the crop now being harvested to 8.4 million tonnes (Mt), down from its previous figure of 9Mt released last month. 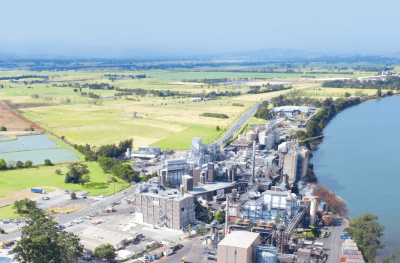 Manildra Group’s Shoalhaven Starches plant received all the wheat Australian imported in 2018/19, and appears likely to continue imports in 2019/20 as drought conditions in NSW prevail.

The number comes from the USDA’s World Agricultural Supply and Demand Estimates (WASDE) released overnight, which has cut the estimate for Australia’s 2019/20 wheat crop to 16.1Mt.

USDA predicts the current Australian wheat crop will be its smallest since 2007/08.

Argentina has also had a sharp reduction in its new-crop wheat estimate, which now sits at 19Mt, down from 20Mt seen last month.

The forecast for Argentina’s wheat exports has also lost 1Mt since last month, and now sits at 13Mt.

Cuts to Argentine and Australian wheat estimates because of continued drought conditions are largely behind the downward revision for 2019/20 global wheat production.

“The global outlook for wheat this month is for several mostly offsetting production changes, slightly lower global use and trade, and increased ending stocks,” the report said.

Partly offsetting this has been a 1.6Mt production increase for China to 133.6Mt, based on updated National Bureau of Statistics data.

Estimates for the EU and Russian crops have both been raised 500,000t to reflect updated harvest data.

Projected 2019/20 global exports have been cut by 900,000t, with reductions for Argentina, Australia and Canada partly offset by increases for Russia and the US.

“The US has become more price-competitive in some international markets, and increased sales are expected to continue in the second half of the market year from reduced competition.