SHIPMENTS of Australian canola have fallen to 162,525 tonnes in February, down 65 per cent from 459,973t shipped in January, according to the latest export data from the Australian Bureau of Statistics (ABS). 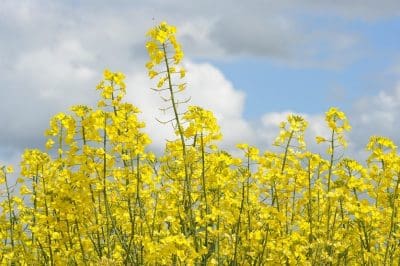 The drop reflects the diminished exportable of Australian canola, largely because of the disappointing 2018 New South Wales crop which was too small to cover the state’s domestic crushing requirements.

Australian Oilseeds Federation executive officer Nick Goddard said only around 200,000t of current-crop canola was likely to be available for export prior to the crop now being planted hitting the market late this year.

“Our total 2018 Australian crop was 2 million tonnes (Mt), the east coast needs 1Mt, and if we look at what’s been shipped already, that should leave about 200,000t in the system,” Mr Goddard said.

Canola crushers in New South Wales and Victoria are believed to have covered their crush requirements already with seed from their home states, and supplementary tonnage shipped in from South and Western Australia.

The April-May shipping stem indicates only one cargo of canola — 25,000t out of Albany — is booked to load in the period.

This tonnage is well below the size of cargoes purchased by European crushers, and is likely to be heading for Victoria or NSW.