The humble Vietnamese baguette, bánh mì, is a key driver of Australian wheat exports to Vietnam, which has grown over the past decade to become Australia’s second largest wheat market. 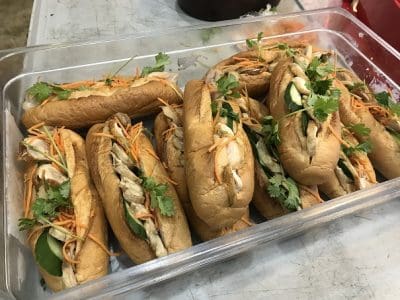 AEGIC program leader – market requirements and opportunities Roslyn Jettner said the advantages of Australian wheat have long been recognised in Vietnam, where Australian wheat is used primarily for noodles and bread products.

“Australian wheat is well regarded in Vietnam for its white flour and bran colour, low moisture (which has advantages for storage), high milling yield and functional attributes for end-products such as bánh mì and instant noodles,” she said.

“Miller feedback gathered by AEGIC suggests bread consumption is increasing and instant noodle consumption remains strong. There is good market loyalty in Vietnam at the moment, but Australian wheat is under increasing competition – especially from North America. Strong technical engagement from North America is driving an increase in wheat imports for baking applications.

“To ensure Australia remains a strong supplier to Vietnam, it is important that the Australian industry understands Vietnamese quality targets and responds to market signals on wheat quality and the need for technical engagement and support.”

About 40-45 per cent of wheat flour processed in Vietnam is used for noodles (principally instant noodles).

Such noodle products are processed almost exclusively from Australian wheat.

About 35pc of wheat flour is used for bread with the primary bread product being the Vietnamese baguette, referred to as bánh mì.

The rest is used for confectionary (15pc) and feed for aquaculture (10pc).

Bánh mì has a history dating back to the French colonial period. The name bánh mì is often synonymous with a delicious street food sandwich popular in Vietnam and around the world. 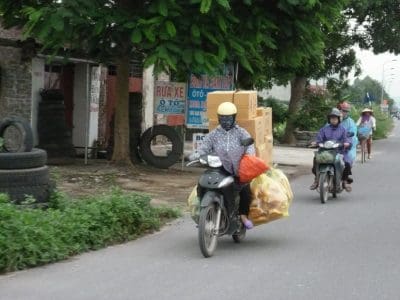 “In line with other countries in Asia, consumers in Vietnam are increasing their consumption of bread and other baked products,” Ms Jettner said.

“AEGIC is acting on this opportunity by regularly engaging in-market with flour millers and other key stakeholders to quantify quality requirements and communicate market feedback to the Australian wheat industry.”

This in-market research will provide quantitative data on the wheat quality characteristics prioritised by end-users, and the value placed on these characteristics, to support classification and research investment back in Australia.

What is Bánh mì