SAUDI Arabia has bought 540,000 tonnes of barley this week in its government’s seventh tender for imports in 2017 to levels which show a price rise of almost 30 per cent since mid-year. 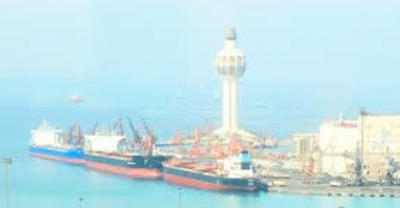 Despite the rise, Australian barley is likely to remain uncompetitive into this major Middle East destination due to more attractive rates being available from northern hemisphere suppliers.

This latest tender has booked 540,000t from optional European Union, North and South American, Black Sea and Australian origins through traders for arrival at Red Sea and Gulf ports during November and December at prices ranging from US$212-$220/t cost and freight (c&f).

The increase in price was significantly attributable to the cheapest origin, Ukraine, shutting the door on shipments of barley after October.

Trade sources said Ukrainian shippers were favouring corn movements between now and March.  Additionally, southern hemisphere exporter Argentina had been too wet, Australian prices were inflated by dry conditions, and this had left EU with the burden of sourcing more of this tender volume than normal.

Tight world barley supply and strong demand from buyers in China and the Middle East has driven barley prices practically to parity with milling wheats in the EU, presently the cheapest barley export origin.  Buyer’s price outlook is neither helped by Australia, nor by Argentina’s possible reduction of quality or quantity of feed barley available for export.