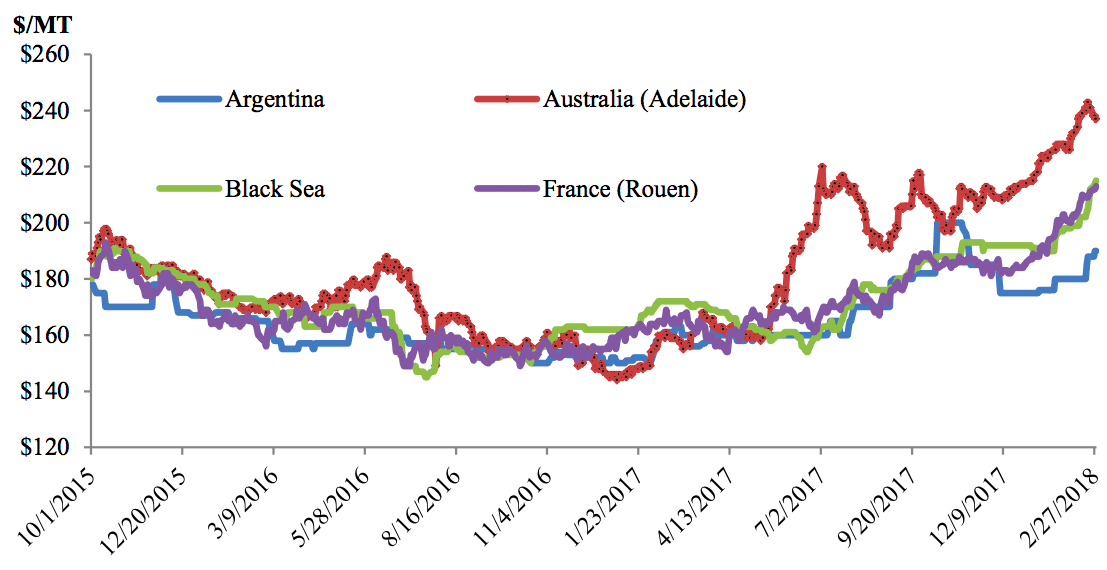 Demand has particularly surged in the Chinese province of Guangdong (the origin for half of China’s imports) where imported barley is used as a profitable energy component relative to other feedstuffs.

Saudi Arabia, typically the world’s largest barley importer, is expected to continue its strong presence by accounting for nearly a third of world imports this year.

The combination of Australia’s record 2016/17 crop and a free trade agreement with China (effective December 2015) made the feedstuff a lucrative import.

Since that period, however, Western Australia’s March FOB prices for barley have surged almost $80/tonne (while wheat climbed $50/t).

Even so, China’s imports are raised this month as its demand has shown little signs of waning but are still forecast lower than last year amid tighter global supplies. 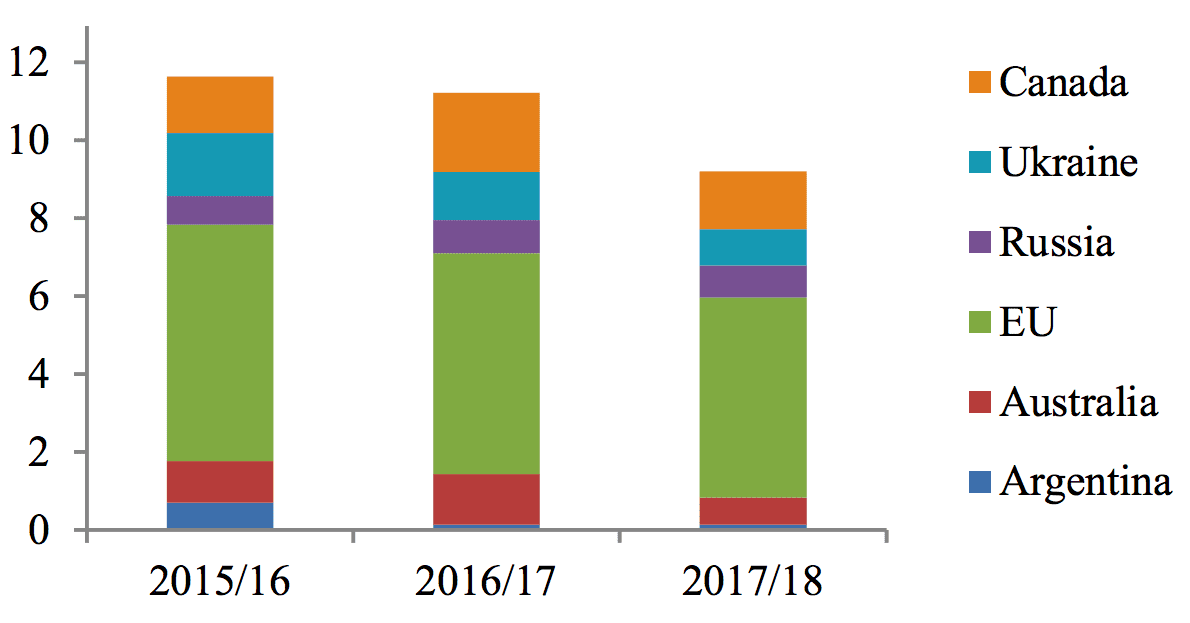 As a result of robust global demand and lower world production, ending stocks in all major exporting countries are projected down by year’s end.

Current projections have global stocks down more than a third compared to two years ago.

China’s resurging presence has greatly influenced barley prices since last year, even as they fail to deter its robust imports.