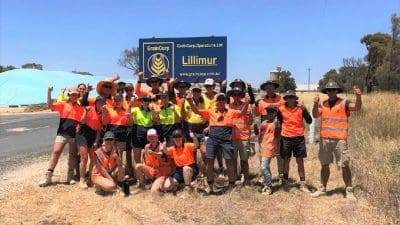 GRAINCORP has received a total of 3.27 million tonnes (Mt) of grain in the harvest to 6 January, according to its most recent Harvest Update.

The eastern-states bulk handler reports strong receivals in Western Victoria, with some sites seeing double the volume of last year.

GrainCorp issued its previous Harvest Update on 9 December, and since then, 1.14Mt of grain has been delivered to its sites, primarily in Victoria.

Record tonnages have been received at Carpolac, Donald, Lillumur, Nhill, Rainbow and Warracknabeal, all in Victoria, with growers still delivering;

Some sites are open by appointment only now, and GrainCorp has advised growers to contact site or area managers if they wish to deliver grain.

Given the drought conditions this harvest, a significant share of production is expected to remain on farm or be delivered direct to domestic consumers.