Biosecurity vital if grains are imported into Australia

EASTERN Australia grain growers are calling for maximum vigilance from border authorities as consideration is given to importing international grain into drought-affected areas. 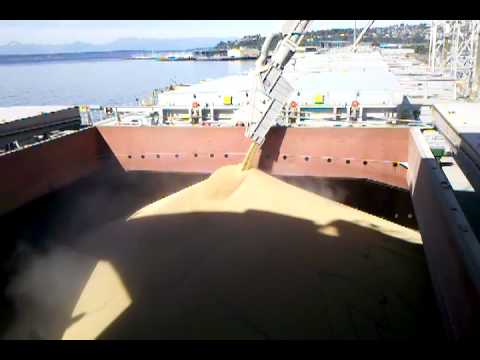 NSW Farmers’ Grains Committee chair, Matthew Madden, said with forecasted grain harvests in NSW down to 25 per cent of the level harvested two years ago, growers were anxious to ensure the state’s reputation for growing high-quality, disease free grain was not jeopardised in a rush to import grain from other states and overseas.

“NSW Farmers wants assurances from authorities that they will vigilantly enforce strict protocols established around the importation of grain to protect our industry’s biosecurity and reputation,” Mr Madden said.

“In particular, we would be concerned if grain was allowed to be imported from a country with known biosecurity risks not present in Australia.  Our domestic grain industry is free of many pests found in other nations – importing grain is the fastest way for a disease not present in Australia to arrive here and take hold, potentially devastating our multi-billion-dollar grains industry.

“In a time of drought we must be even more vigilant about protecting our natural competitive advantage which sees this nation free of many of the plant pests and diseases found in other places.

“We cannot afford to take a ‘she will be right’ approach to the importation of grain.  Properly treating the grain at the point of import, thereby reducing the potential for biosecurity risks to take hold, is essential to the future of the Australian grains industry.”

Mr Madden said grain imports from international markets should only be undertaken where there was a demonstrated shortage of grain stocks in Australia.

“At present, without a functioning grain stocks reporting market, neither the farmer, the trader nor the end user knows just how much grain is in Australia at any time, what type it is and where it is located.  This results in decisions being made in a vacuum.

“NSW Farmers has long supported the need for a robust, national grain stocks reporting system.  Given that grain is being imported from Western or South Australia for use in NSW, this present drought should be a catalyst to see this system implemented for the good of our industry going forward.”

The Victorian Farmers Federation (VFF) Grains Group is also urging extreme caution and vigilance be applied to ensure biosecurity integrity is upheld by border authorities and anybody considering importing grains into Australia from other countries.

With Victoria’s grain harvest expected to be down significantly this year as a result of a lack of rainfall, late season frosts in some areas and difficult spring conditions, VFF Grains Group president Ross Johns said it was critical the state’s grains industry was not placed at risk.

“While the VFF is not opposed to grain imports, imported fodder and grain can pose a significant biosecurity risk to both the grains and livestock industries. For example, foot and mouth disease was introduced into Japan by imported fodder,” Mr Johns said.

“The VFF is urging extreme caution in relation to grains imported into Australia, and is steadfastly opposed to any changes to biosecurity or import protocols which would diminish current requirements.

“In particular, we must not allow grain to be imported into Australia from countries which are known to have a biosecurity risk not present here.

“A biosecurity incursion could cause immeasurable damage to Australia’s multi-billion dollar agriculture industry. It is crucial that we protect the long-term viability of Australian grain and hay producers.”

Mr Johns called on Federal Agriculture Minister, David Littleproud, to give assurances that the Department of Agriculture and Water Resources would be strictly enforcing existing protocols around the importation of grain.

“Grain trans-shipped from other Australian states, such as Western Australia, is also subject to biosecurity requirements and given the volume of grain that has moved from WA into eastern states, this process is clearly working,” he said.

“The drought also highlights the issue of grain supply in Australia, which reporting on stock levels would go a long way to addressing.

“It’s a complex issue but transparency of stock levels across the country may eliminate any talk of imports completely.”