Canola: Is our price good? The price for canola at the moment is pretty good isn’t it? Or is it?

Wheat and barley prices around Australia have fallen considerably from the drought premiums on offer over the past couple of years. This is to be expected as we move from a deficit to surplus. However, canola has seemingly bucked that trend.

The canola price has remained above pre-drought levels, and all zones have been above that psychological A$600/tonne mark, which most consider being good value.

The question is, are the current prices on offer as good as they appear? 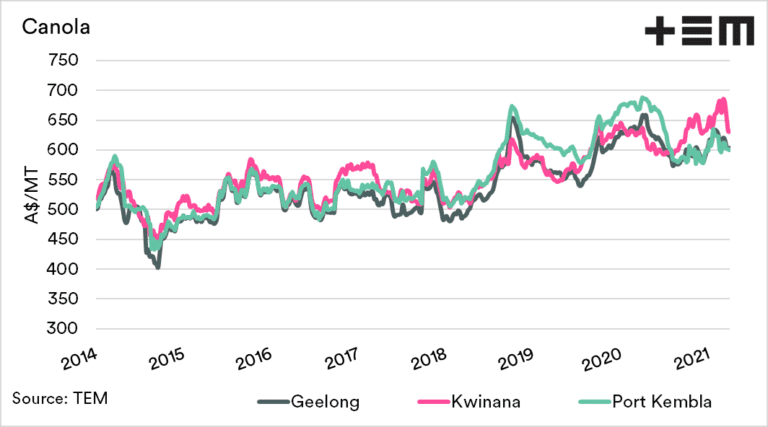 The basis of any price

Our pricing for all commodities is based on an interconnected global market, as our products will generally be competing with other origins into import markets. This is the same with wheat, and we talk about our basis (premium or discount) to overseas markets. To read more about basis click here

The main futures markets for canola are ICE and Matif. ICE is Canadian canola, and Matif is French rapeseed.

Historically we have competed with ICE canola, as Canada is a major producer and exporter. Whilst we have regularly exported large volumes into European crush plants.

The basis level between Kwinana and ICE/Matif futures is shown in the chart below since 2014. Typically the pricing is at a premium versus ICE and at a discount to Matif.

In recent months, however, our market has moved to a very substantial discount to both. 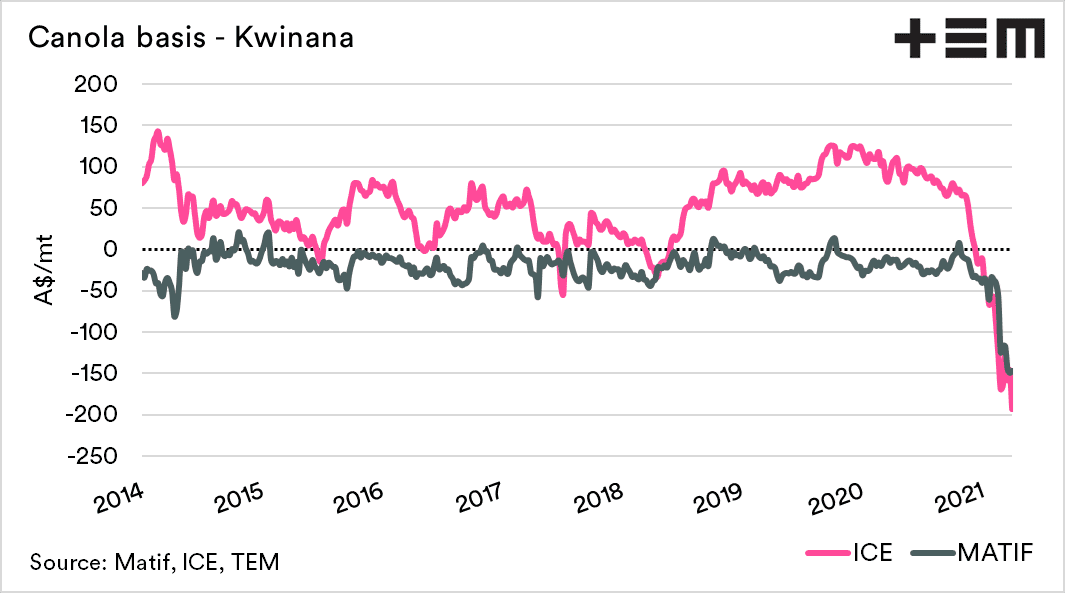 The pattern is the same in port zones around the country. As mentioned previously, it would be expected to see basis falling due to the crop scale. The fall depth has been extreme and is well below the levels that we saw during the last large crop in 2016/17.

At the moment, there are a lot of concerns related to rainfall in Canada and France.

Forecasts by Strategie grains has seen the EU crop fall for a second month in a row from 17.05 to 16.8 million tonnes. Friends in France have been irrigating rapeseed which is unheard of for March/April.

In Canada, acreages are expected to increase, although there is a moisture deficit across most of the growing area.

As it stands, our basis level is at an extreme discount, and our pricing is substantially below those of our competitors by a country mile. Our pricing on offer is extremely low compared to pricing levels in both Canada and France.

The strong futures price is allowing the price to remain attractive, but our basis is at extreme lows. 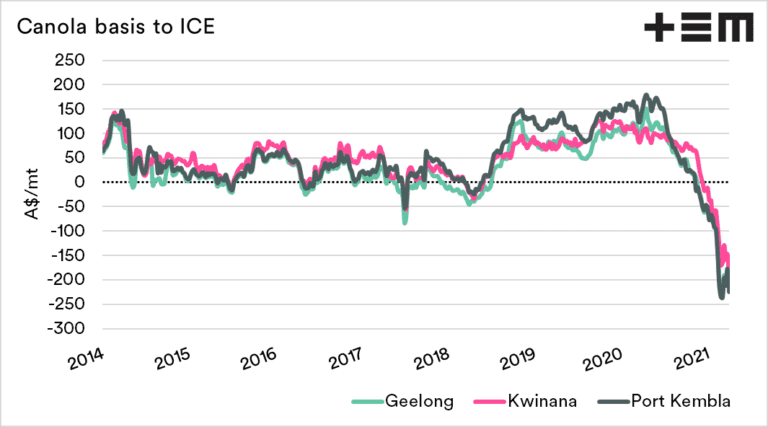 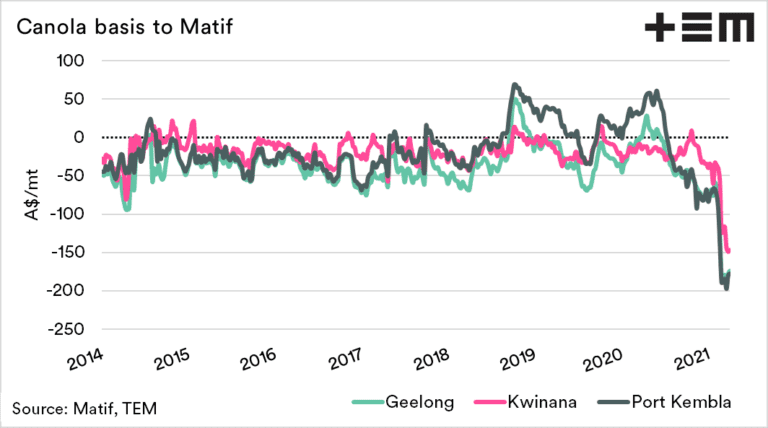 This article was originally published on the Thomas Elder Markets website