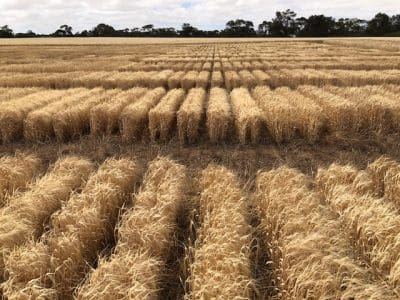 More than 200 Carlsberg barley lines are being grown in trials in Victoria and South Australia. Photo: Amanda Box, SECOBRA Recherches/Seednet

A RANGE of barley varieties developed by Carlsberg is inching closer to commercial release in Australia, and looks set to offer agronomic traits to compete with leading malting varieties.

Featuring Carlsberg’s patented Null-LOX 3G and 4G genetics, the varieties are already being grown in Europe, and fit the Danish multinational’s environmental charter.

The varieties were developed at the Carlsberg Research Laboratory (CRL), which since 1879 has been one of the world’s major researchers into malting and brewing organochemistry, and has played a significant role in barley breeding.

CRL vice president Birgitte Skadhauge was in Brisbane last week as a keynote speaker at the TropAg conference.

Her address, entitled Brewing for a Better Today and Tomorrow, covered what the world’s fourth-largest brewer is doing to ensure a supply of high-quality malt for its beer production, which last year totalled 12 billion litres.

She referenced projections from the Nature Plants volume 4 2018 publication, which compared future drops in yield to the averages recorded from 1981 to 2010.

“At a global level, barley yields will at best, under the optimistic scenario, decrease by 3 per cent.

“The worst-case scenario says yields will fall by 17pc.

This realisation has contributed to Carlsberg adopting a Together Towards Zero policy which aligns with UN Sustainable Development Goals, and aims to produce zero waste-water and a zero carbon footprint.

One of Carlsberg’s initial targets is to halve the company’s water use from 3.4 units of water for every unit of beer produced in 2015 to 1.7 units by 2030. 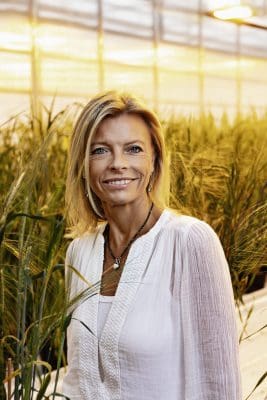 Through the screening of 10,000 barley lines, the program discovered one mutant gene which is now included in its varieties to produce grain with a reduced gelatinisation temperature (GT) of 60.5-64 degrees Celsius instead of 61-65 degrees.

In the field, Professor Skadhauge said the LowGT trait comes into its own when barley suffers heat stress, which would normally lift the GT required at kilning.

“We do not see any effect in normal years, but it’s showing up in years when it is dry.”

Helping CRL make the most of its discovery has been the 2017 mapping of the barley genome sequence, in which it played a leading role.

“That has been a fantastic toolbox for us.”

Operating in a GMO-free space, sequencing has allowed Carlsberg to introduce an ultra-fast breeding process for varieties of 3-4 years, compared with 5-10 years previously.

“We cannot use GMO in Carlsberg because our consumers do not want GMO.”

Professor Skadhauge said Carlsberg’s new varieties incorporate LowGT as a desirable trait for brewing, and the 3G and 4G genetics produce bigger starch granules, and a malt yield which is up to 10pc higher.

This provides the Carlsberg consumer with a beer it says offers improved freshness and quality, and increased foam stability.

In the malthouse and brewery, traits of the new varieties require 5pc less energy to process, and have an enzyme capacity which is about 25pc greater when compared with earlier varieties.

For the grower, 3G and 4G build on CRL varieties’ improved drought and heat tolerance, which started in 2004 with Null-LOX 1G.

CRL varieties were introduced to Australia in 2003 through the University of Adelaide’s barley-breeding program.

“They were some of the first generations of Null-LOX 1G, and soon we will be ready with 3G and 4G.”

“We are launching them in Denmark and the United Kingdom, and lines we are testing here and trying to identify which ones will perform best in Australia.”

Carlsberg has entered into an agreement with SECOBRA Recherches/Seednet which would see the Horsham-based company become Carlsberg’s commercialisation arm across the Australian grainbelt.

Ms Box said the trials were looking to identify lines with high yield potential, good grain size and disease resistance, and put the front-runners into the National Variety Trials as soon as 2021.

“Carlsberg wants them to be competitive with the most popular varieties.

“All their material here has 3G and 4G, and has come from their nurseries in Europe after a seed increase in New Zealand.”

Industry commentators expect Barley Australia malting accreditation would be sought by Carlsberg for the varieties it decides to commercialise.

This would enable them to be delivered into bulk-handlers’ malting segregations.

As evidenced by the recent knock-back of the Banks variety, which has performed well agronomically but fallen short of maltsters’ targets, not all varieties make the cut.

If Carlsberg and Seednet opt to make the CRL lines “closed-loop” varieties, a Barley Australia accreditation would not be required.

Closed-loop varieties have been grown in Australia before, and require barley to be sold to a contract maltster.

Japanese brewer Sapporo is one company which has used a closed-loop arrangement in Australia.

While Carlsberg is not the only brewer involved in barley breeding, its role in research stamps the company’s name across much of its global supply chain, and CRL is affectionately known as the world’s only university of beer.

Carlsberg previously collaborated with Heineken on breeding projects, including the first part of 3G development, but their scientific relationship ended when they jointly purchased Scottish and Newcastle in 2008.

In the United States, Anheuser-Busch InBev, which owns a raft of labels including Budweiser and Corona, is involved with barley breeding.

“It’s starting to be more and more important for brewers to get the type of raw materials they want, where we can have a robust plant that can grow under more extreme weather conditions,” Professor Skadhauge said.

Carlsberg does its own malting in Belarus and Russia.

“In these countries, we have agriprojects with farmers, and long-term contracts in place.”

For its breweries in other countries, Carlsberg sources malt commercially.

South of Europe, Professor Skadhauge said Australia, as well as Kenya, South Africa, Tanzania and Uganda were countries where CRL malting barley could be grown, and Australia had the most immediate potential.

Australia has already grown one variety, Charger, which was owned by Carlsberg and the University of Adelaide, and sold under license by Australian Grain Growers Ltd, as recently as 2014.

However, industry commentators said it did not have the agronomic traits to make it widely attractive to growers.