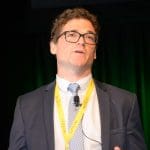 “It was a nice outcome for many growers, and indicates an underlying recognition that there can be a better way to sell grain,” Mr Cattle said.

“The aim is to encourage a more efficient market with as many buyers as possible participating to try and buy grain from growers.

“The result is often growers are achieving better value for their grain than is being advertised to them through indicative bids.

A lift in international values drove the rally. 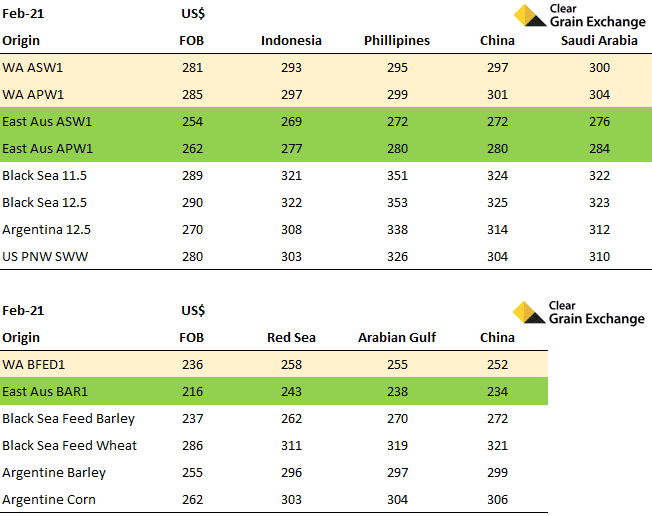 Indicative wheat and barley values at the end of last week in US dollars terms on a free-on-board basis ex WA and eastern Australia versus major competitor origins of Black Sea, Argentina and US Pacific North West, and on a cost-and-freight basis.

“Both wheat and barley out of Australia remains the most competitive into the major consumption areas of Asia and the Middle East for February 2021 delivery compared to our competitors.

Eastern Australia is the cheapest as the supply chain there struggles to handle the big crop.

Not surprisingly we remain very competitive into China on barley if there were no tariffs.

There are plenty of buyers interested in buying Australian grain.

Remember they can only buy and execute a certain amount at a time. Hence if growers sell too quickly, this will keep a weight on Aussie grower prices relative to our international competitors.