DEMAND for feedgrain is expected to drive China’s combined grain imports to a record level in 2020-21, according to the United States Department of Agriculture (USDA). 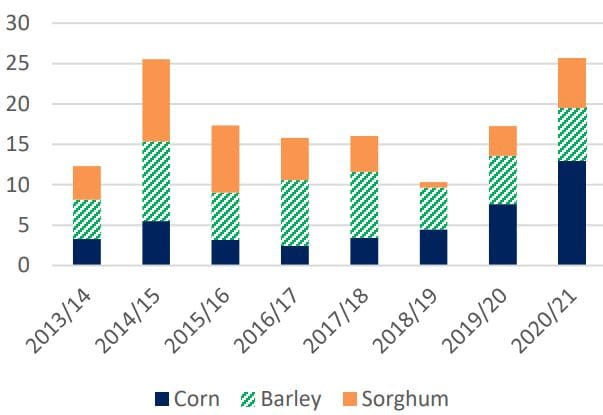 The rise for 2020-21 is supported by its expanding pig herd now rebuilding after the drastic contraction caused by African Swine Fever.

Corn prices in China’s domestic market have rallied since February, and in October, the national price averaged around $362 per tonne, the highest since August 2015.

Evidence of the surge in corn imports is partly based on data from China Customs Statistics and US Grain Inspections through early November, which indicate that 2020 imports will far exceed the tariff-rate quota (TRQ) level of 7.2Mt.

There have been no public statements that would indicate that additional quota has been allocated by the National Development Reform Commission, the authority governing the TRQs.

China wheat imports of 8Mt in 2020-21 are forecast at their highest level in 25 years as State Trading Enterprises are helping bolster domestic stocks and taking advantage of competitively priced foreign supplies.

The price spread between the average domestic price and import price was approximately $70/t in September, more than one-fifth of the total domestic price (Figure 2). 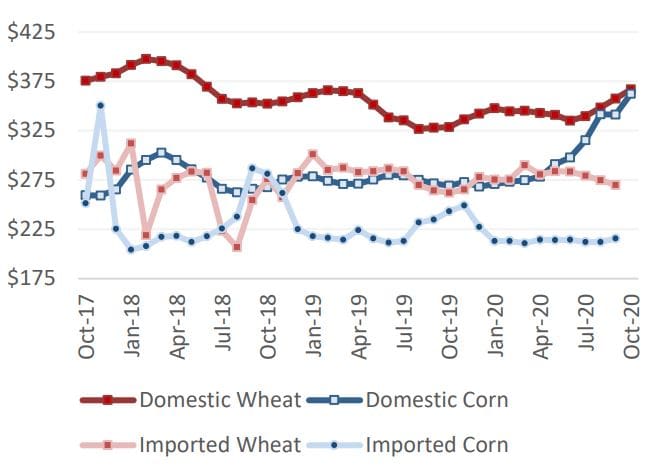 China is taking advantage of this arbitrage opportunity to help replace and rebuild aging government reserves.

The demand for feed-quality wheat has surged because of significant inflation in the domestic corn market (Figure 3). 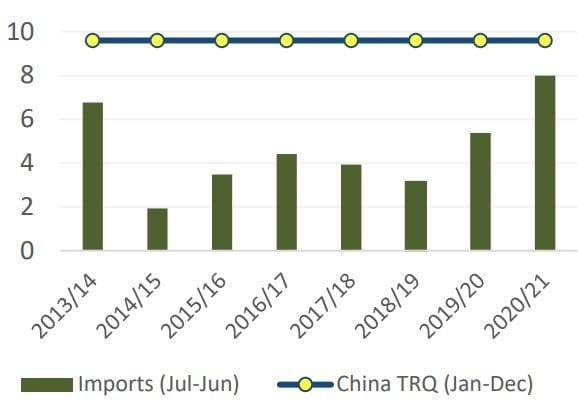 The differential between the national average prices for wheat and corn was below $5/t last month, compared with almost $60/t last October.

The narrow price difference between corn and new-crop wheat is driving significant auction sales of old-crop domestic wheat at parity, or even below new-crop corn in some instances.

The challenges that exist in the feed market have not been as concerning for China in the food market.

Food use, which accounts for the vast majority of rice use, is estimated to be lower in 2020-21 as the Chinese Government has implemented policies to reduce food waste.

Although feed use for rice is typically minimal, this year more rice is being used for feed as the government draws down the massive old-crop supplies in sales at very low prices.

China’s rice export forecast has been trimmed, with more of the old-crop supplies from auctions expected to meet the strong domestic feed demand rather than expanding to additional foreign markets.

November WASDE has reduced the estimate for global wheat production, with lower crops for Argentina, down 1Mt to 18Mt, and Turkey more than offsetting a 500,000t increase in the estimated Russian crop, now seen at 83.5Mt (Figure 4: NASA South America drought indicator map). 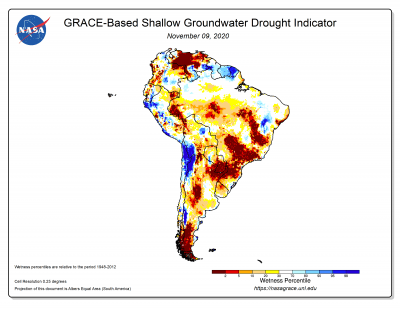 Figure 4: USDA has cut its estimate for Argentina’s wheat crop by 1 million tonnes in the November WASDE report. Image: NASA

Global consumption is boosted on higher feed consumption in China, the EU and Vietnam, and global trade is also up, driven by higher Russia, EU and Kazakhstan exports.

Estimated wheat imports for China and Pakistan have been raised for the third consecutive month.

World wheat prices remained firm this month, mostly due to dry weather impacting the start of the growing season in the Northern Hemisphere, and unfavourable production conditions in Argentina.

Global concerns about the rise in COVID-19 infections, and rain in Russia and on the US Plains, recently softened price increases.