China holds the key to US export corn demand

TWO WEEKS ago it was French wheat, and last week it was Ukrainian corn. China’s actions in the agricultural commodity space in recent weeks certainly have many wondering if they are serious about the Phase 1 trade deal with the United States. Or are they merely having a lend of President Trump and his merry band of negotiators?

Beijing has said on numerous occasions since the document was signed last month that they would meet their commitment to increase their purchases of US agricultural products. In the meantime, they have purchased corn from Ukraine, wheat from France, Canada and Australia and soybeans from Brazil. 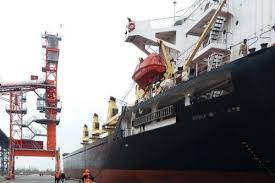 The latest round of corn purchases comes after Ukraine’s export Black Sea market softened on the back of a record 36 million tonnes (Mt) harvest and slow export demand which has dragged prices lower. Export values fell around US$3/t across the week, which was enough to convert the previous week’s Chinese enquiry into firm demand.

US 3YC and 4YC prices sharp

The fall in Ukraine prices comes after the US has clawed back market share into other key Asian destinations. Many of these consumers had previously been forced to pay more for higher-quality corn from the Black Sea region as the US struggled with poor quality from the recent weather-damaged crop.

The US corn crop is graded on a scale of one to four in descending order of quality, with the grain traded against the CBOT futures contract falling in the number two category. This season there was much more number three and number four grade corn harvested than average.

This was the case particularly for corn being shipped from the Pacific Northwest ports, the traditional loadport region for Asian shipments. The Gulf ports have been getting better quality, but it is a lot more expensive to ship corn from the Gulf terminals into Asia.

Ukraine is the number one supplier of corn to China. According to customs data China imported 3.84Mt of Ukrainian corn in the 2018/19 marketing year. Current season data indicated that 1.7Mt was shipped in the September 2019 to January 2020 period and as of last week 316,000t was nominated for February loading.

Ukraine corn exports for the 2019/20 season had reached 14.2Mt by January 20, compared to 11.2Mt at the same time last year. However, as of the same date, The Black Sea exporter still had around 13Mt of corn available for export this marketing season.

The quality supply crunch is expected to ease once Argentine corn enters the market in March. And the recent downward trend in Black Sea values is also expected to continue as the size of both the Brazilian and Argentinian crops continue to grow.

Brazilian agribusiness consultant Agroconsult last week called the Brazilian safrinha crop 74.7Mt, up from its previous estimate of 74Mt. Their forecast for the total Brazilian corn crop is now 101Mt, against last month’s estimate of 101.6Mt.

Government agency CONAB also raised their corn production estimate from 98.7Mt to 100.5Mt. Both agency forecasts are in line with the February USDA estimate of 101Mt, which is equal to the country’s production record set just last season.

Brazil has two seasons for corn production. First-season corn is planted in September and harvested in March. A much larger second-season, or safrinha crop, is planted immediately after the early season soybean harvest, typically in January and February.

Twenty years ago, the first crop was grown on 24 million acres and represented 80 per cent of Brazil’s total corn production; now, it’s only 10 million acres and 26 per cent.  The word “safrinha” is actually Portuguese for “little crop”.

The first corn crop still has higher yields than the second, but now it is focused on the domestic market and planted only in regions where weather conditions prevent farmers from growing corn as a second crop. The dramatic turnaround in the respective crop sizes is the result of many years of investment in research and development of better seed varieties and agronomic practices.

Down in Argentina, the Rosario Grain Exchange raised its estimate of Argentine corn production by 1Mt, to 50Mt, while the Buenos Aires Grain Exchange still calls the crop 49Mt. The USDA released their latest production estimate last week, coming in at 50Mt. This is just shy of the record set in the 2018/19 season of 51Mt.

While global corn exports continue to climb, the US share of that market continues to decline. With large exportable stocks in Ukraine and massive harvests just around the corner in Brazil and Argentina, it is going to be extremely difficult for the US to catch new export demand unless China changes its ways. Only time will tell.