China is buying barley – just not from Australia CHINESE demand for grains has grown in the past year and a half. At the end of April, China has already imported more grain (combined wheat, barley and corn) than the year totals for 2016-2019.

Australia remains locked out of China for our barley. However, this hasn’t stopped China from making large purchases. According to Chinese government import data, they imported 1.15 million tonnes (Mt) of barley during April. This is the second-largest volume, behind the joint first place months of September/October 2020 when 1.34Mt was imported.

Whilst we aren’t in the picture for China, these large volumes assist us from competing in other destinations without giving away too much on price.

Chinese purchases of United States corn are huge (see here) and imports of corn have been on an upward trend through 2020. Imports were down last month but remain at the fourth-highest level and well above pre-2020 levels.

Wheat is another crop that has also got attention in the past year. Imports remain strong, and luckily Australia has still been able to trade into this market despite conjecture of potential issues back in September (see here and here).

According to ABS data, we have sent the following wheat volumes to China (bulk):

Is Chinese demand set to stay? This is the billion-dollar question. The last year has seen tremendous growth, well above the trend. There are a few factors:

Increased demand for feed due to the move from swill feeding of pigs to commercial operators.

Phase 1 deal requiring China to ramp up US grain purchases.

Issues around Chinese stock levels and whether revisions in 2018 ramped up stock levels by 149Mt! Did they exist?

At the moment though, the demand is there, and it is helping the market. 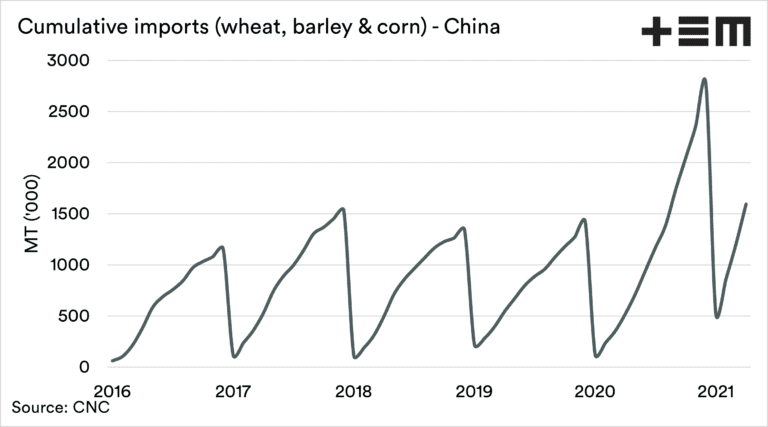 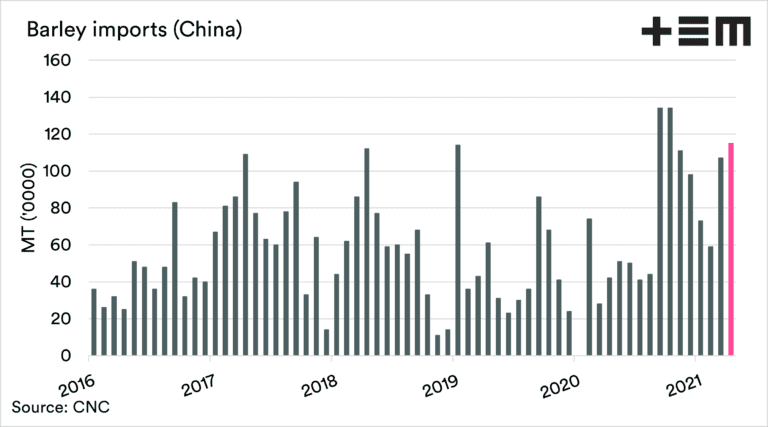 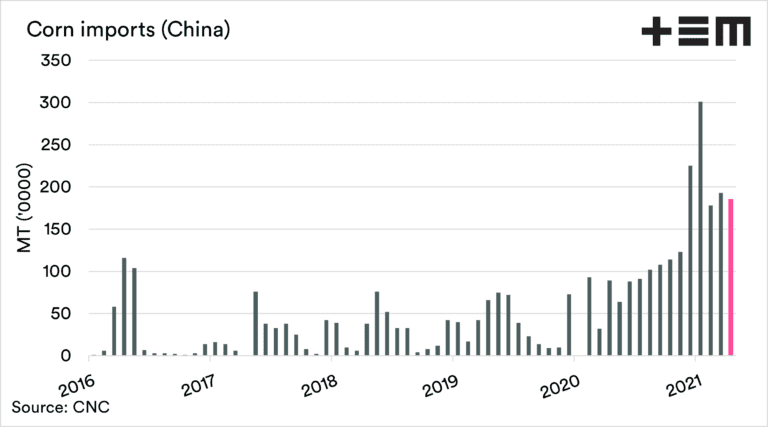 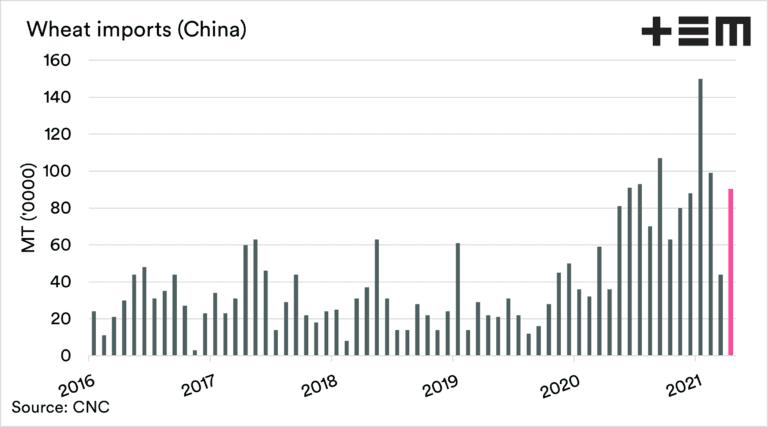