China’s pork plight in the Year of the Pig

SINCE the outbreak of African Swine Fever (ASF) in the northeast of China in August last year, the contagion has spread nationwide and has now crossed the border into neighbouring Vietnam and Mongolia. Most recently, the same strain of the virus has been detected further south in Cambodia. 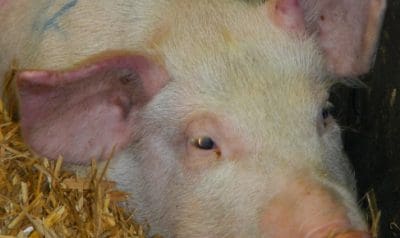 The virus causes haemorrhagic fever, similar to the Ebola virus that afflicts humans. Mortality rates are incredibly high in domestic pigs, with some strains causing death as quickly as one week after infection. Unlike swine flu, ASF poses no direct health threat to humans as it is not zoonotic, meaning it cannot jump from animals to people. Nevertheless, it is incredibly contagious among pigs, and can have severe economic impacts.

The virus that causes the fever cannot replicate outside a living cell, but it can survive for extended periods without a host. It is also able to endure harsh environments and extreme climatic conditions.

Transmission of the virus can be by ticks, direct contact between infected animals, contaminated animal feed, food scraps, swine offal and people traveling between infested places, all of which make the fever extremely difficult to control and eradicate.

There is currently no approved vaccine for ASF, so control of the disease relies on rigorous sanitary measures such as early detection of outbreaks, destruction of contaminated carcasses and products, disinfection of sites and, most importantly, movement restrictions in and away from affected areas.

ASF is widespread in Africa, where at least 23 strains of the virus have been identified, and it is mostly spread by wild boar. The virus has also spread through parts of Europe, and has more recently established itself in Russia, but it has always been relatively well contained.

It is believed the Chinese outbreak spread from eastern Russia, as analysis of the virus genome revealed it was an almost exact replica of the virus that was discovered in Siberia in March 2017. This was the first time the disease had been detected in eastern Russia, and only 1000 kilometres from the Chinese border. The Kremlin denies this, saying it was transported from Europe in contaminated pork products.

The eventual spread to China was expected, but the way the virus has reacted to its new environment has caught experts across the globe by surprise.

Somewhere along the journey, the virus has mutated, and the strain that has infected the Chinese pig herd thrives in the new environment.

The situation has been exacerbated by inappropriate biosecurity protocols and the free movement of potential vectors across the country in relatively short timeframes. Beijing’s reaction to the outbreak was slow, and authorities have actively downplayed the severity of the disease from the outset.

Additionally, it seems that not all outbreaks are being conveyed to the authorities due to mistrust and inadequate compensation arrangements. There are reports that some farmers, who suspect infection in their herd, have been selling animals that do not demonstrate symptoms for fear of massive livestock and financial losses.

Beijing recently reported that 1.02 million pigs had been culled from 129 reported cases in the eight months since the outbreak was detected. Unofficial reports suggest the cull is much higher. The extent of ASF’s spread in Asia. Image: Food and Agriculture Organization of the United Nations.

According to China’s statistics bureau, there were 428M pigs in the country in December last year. This is about half of the world’s pig population. However, by the end of March, that figure had fallen to 375M head. Pork producers will undoubtedly be reluctant to restock with the ongoing threat of ASF, but that is a huge decrease in a relatively short time frame.

According to Rabobank, China could lose up to 200M pigs as a result of the epidemic, with fatalities expected in all 31 of its autonomous regions and provinces. That is nearly triple the pig population of the United States (US), and if it came to fruition, there would not be enough pork in the world to fill the void.

Domestic supply is reportedly down by as much as 20 per cent already this year, and prices have risen by more than 70pc. The Chinese government is struggling to fill the demand gap. If the availability of pork falls, or it becomes too expensive, it could create the kind of domestic unrest Beijing is desperate to avoid.

Hit to US soybeans

The ongoing US-China trade war is adding to the woes.

The outbreak couldn’t have happened at a worse time. Many Chinese traders were forced to stop buying US pork last year as it became too expensive when Beijing levied additional import tariffs. Now that the requirement for imports has increased, government tariffs, as high as 70pc on some products, are standing in the way.

The decrease in pork production in China will undoubtedly reduce demand for imported grains such as soybeans, corn and sorghum. If pork production drops by 30pc, demand for soybeans could reportedly fall by as much as 5pc. This would severely hamper China’s capacity to increase imports of US soybeans.

Demand for imported grains may decrease in China, but it will most likely increase the demand for feed grains such as corn and soybean meal in the major pork exporters such as Brazil, Germany and Spain, and the US and Canada, assuming they can both work through their existing China issues.

The Australian farmer will not be immune.

Demand for feed barley will potentially fall as well, as it is a vital ingredient in the Middle Kingdom’s stockfeed rations, a significant proportion of which goes to the pork sector. This is on top of the ongoing anti-dumping investigation which has gone extremely quiet in recent months.

The Year of the Pig is quickly turning into hog hell.