THE THIRD cargo of Canadian wheat bound for Manildra Group’s Shoalhaven Starches facility left the Port of Vancouver on Saturday, and trade sources have said another will follow in coming weeks. 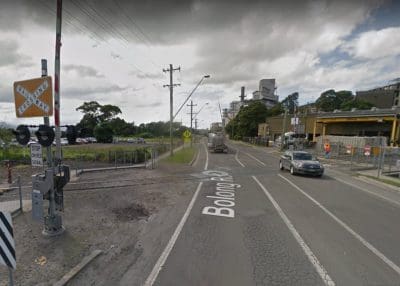 No members of the public or media are permitted access to the pathway to comply with the biosecurity and safety protocols.

“Following consultation with the Department at our recent policy council meeting in Adelaide, including site visits to Manildra’s site at Nowra, Grain Producers Australia is confident that the arrangements in the import permit and the processes are adequate to address the risks of grain imports,” Mr Weidemann said.

The GPA Policy Council met last week, with extensive discussion on the concerns of growers and broader supply chain implications for the import of grain into Australia.

Department representatives confirmed that if risks cannot be managed, import would not be permitted.

“The importation of grain is a high-risk activity, so there is a preference to avoid importing grain where possible.

“Given the production issues and availability of suitable grain within Australia, the processes and systems in place to address the risks of importing grain are reassuring.

“Manildra has set a new benchmark for the standards and level of investment required to bring grain into Australia.” 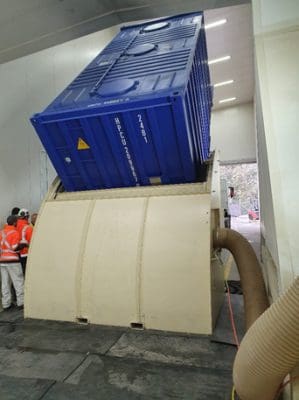 The tipping shed at Shoalhaven Starches includes a hood to ensure dust from the Canadian wheat does not escape. Photo: GPA

In considering an application for a grain-import permit, the Department does not consider the availability of similar grain within the domestic market, but bases its decision on the considered risk and threat posed to Australia’s biosecurity system.

“The importation of grain into Australia for the first time since 2006-07 highlights there isn’t enough information on the availability of grain in Australia, specifically on quantity, quality and location of grain.”

Despite these processes and satisfied concerns on the biosecurity threat, GPA has called on the Department to consider any biosecurity incursion or threat posed by the importation of grain to be considered a pre-border incursion.

“By considering any incursion pre-border, the Emergency Plant Pest Response Deed isn’t triggered, meaning the industry isn’t subject to paying for a response to a threat posed by a permit issued by the Department,” GPA deputy chairman and biosecurity spokesperson Barry Large said.

“The deed is triggered on post-border incursions, so considering the closed-loop system from Port Kembla to Manildra’s site at Nowra, any incursion should be considered pre-border.”

The key critical control points in the import pathway have been identified at:

It is due to depart 23 June, and be replaced by m.v. Jacob Oldendorff, which is carrying the second cargo.

Each panamax cargo is carrying around 57,000 tonnes of wheat accumulated in Vancouver; once discharged at Port Kembla the grain is being transferred 60 kilometres south by rail to the plant at Bomaderry near Nowra in purpose-built wagons.

Trade sources have said a total of six cargoes are likely to come into Port Kembla to bolster supplies to Shoalhaven Starches into October, when new-crop Australian wheat will become available.

Shoalhaven Starches is believed to use more than 800,000t of wheat per annum, and is a major exporter of gluten.

It is Australia’s largest single consumer of wheat.

If general rain does not fall across the plains of northern NSW in the next three weeks, there is every chance imports of Canadian wheat will continue into 2020.

While growers in Central Queensland, South Australia, Western Australia, Victoria and southern NSW can largely expect average yields from their wheat crops, planted wheat area in northern NSW and southern Queensland is below average as conditions remain too dry for planting.