CONSOLIDATING new-crop prospects in south eastern Australia, forecast rain in Western Australia and fading hopes for a timely and general plant on the plains of north west New South Wales have pushed feedgrain prices in various directions in the past week.

In Victoria, Pearsons Grain trader Reagan Stroud said the market was trading in two tiers, one based around large-scale consumer buying, and the other centred on farm-gate sales to private livestock feeders.

“Volumes are fairly limited, and as soon as the big consumers are covered to where they want to be, the market dips.”

In current-crop trading, barley has been changing hands at around $10-$15 per tonne under wheat. “Prior to the autumn break, people feeding sheep were looking for barley, and that saw it go from $35-$40/t under wheat to evens to where it is now.”

In the cash market, ASW wheat into Melbourne traded yesterday at $380/t delivered, while wheat into the Riverina in southern NSW has been trading at around $390/t.

WA wheat and barley arriving in Melbourne and Geelong by ship has been supplementing up-country supplies of grain in Victoria.

The WA grain has been supplying end-users in the port zones and Gippsland as a more affordable option than trucking in grain grown and stored in northwest Victoria.

Planting rain of 10-30 millimetres has been forecast for coming days over much of the WA grainbelt, where dry conditions are limiting new-crop production prospects, and Mr Stroud said this was affecting price ideas on wheat and barley.

“The forecast for WA rain has pressured the new-crop.”

Less promising is the outlook for farmers on the north west plains of NSW who are looking down the barrel of their third consecutive poor winter-cropping season.

“At this point, most farmers have put some crop in, but they haven’t had substantial rain for a month, and this weekend is traditionally when everyone around here puts their last crop in.”

“That’s seen some tonnes edge out of depots and on-farm storages.

“We usually get much more volume for cash flow and end-of-financial-year purposes.”

Mr Brown said stockfeed demand from large feedlots, farms and everything in between was driving the northern market ex both port and farm.

“They’re buying anything that’s not bolted down.

“Any feedgrain is flying out the door, and we’ve got meal coming in from Brisbane and Newcastle.”

Mr Brown said canola and soybean meals, palm-kernel extract and almond hulls were all being sought as supplementary livestock feed in the nearby market.

“Prices have risen in the past two or three weeks.

“Barley was down at $410/t, but there’s not as much barley coming in by boat as there is wheat, and its price rise reflects that.

“On new-crop, I haven’t seen anything move.”

In the NSW market, sorghum rallied late last week and early this week, and traded for prompt delivery to Newcastle at $395/t, and $375/t Tamworth.

Some major end users are now thought to be covered for coming months, which could explain a softening of up to $15/t in the Queensland market in recent days.

Cottonseed values have pegged $5-10/t lower in the past week. 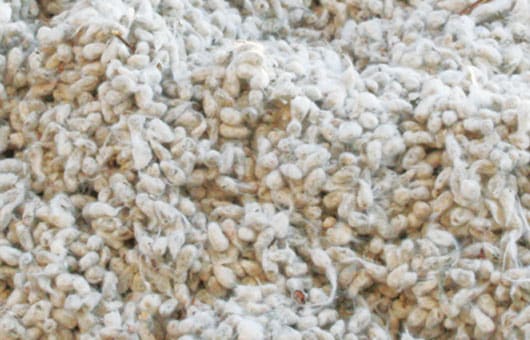 Given the dry conditions and a lack of fodder crops and pasture in most of the northern half of NSW, Mr Brown said interest from drought feeders in cottonseed was likely to pick up.

“A lot of growers are hanging on to the seed from the cotton they’ve had ginned to see what it does in August-September.

“The prices were outrageous late last year, and they’re subdued now, so they’d be hoping for a rally.”