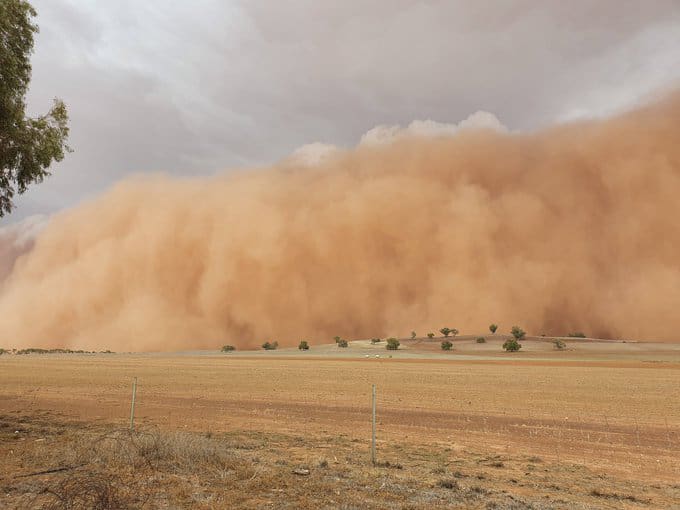 Storms and showers in the past week have brought welcome rain to much of the eastern third of NSW but little to much of the central west plains and outer slopes and the state’s south west.

PRICES for wheat and barley have firmed in the past week, with patchy rain across eastern Australia’s summer-cropping regions doing nothing to alter the domestic supply outlook over coming months.

In the February Brisbane free-on-truck (FOT) wheat market, wheat is trading at $445-$447 per tonne based on offers for grain shipped from Western Australia.

This is unchanged to a dollar or two higher on last week.

The February Brisbane FOT barley market, also being supplied from WA, has risen by up to $5/t over the week to hit $400/t.

“The international price has firmed and there’s been upward pressure on the Brisbane market for 10 days,” Horizon Commodities director Ray Pengelly at Dalby said.

These inflated sorghum values reflect short covering from the trade for limited supplies from Central Queensland (CQ) and miniscule amounts available in southern Queensland and northern New South Wales because of the drought.

Significant rainfall in the past week has fallen over coastal, tableland and slopes areas of NSW, Queensland and Victoria.

It has eased the bushfire risk, and sparked pasture growth in grazing areas, as well as allowing some farmers to plant a late summer crop such as forage sorghum or mungbeans.

However, it is not expected to flush any more grain out of warehousing or on-farm storages as growers eye unaltered demand up to October, when new-crop winter cereals will become available.

Demand from stockfeed millers and export accumulators is supporting grain prices across Australia, with the Brisbane FOT market the major supply point for Queensland’s feedlots and poultry producers.

“Sorghum’s finished, CQ wheat has finished, and everything now is coming out of the port.

“This rain is really just starting to wet the country up from Moree to Coffs Harbour, and I don’t think we’ve had even 50 per cent of the rain we all need.”

Stewart Grain trader Robert Quinn said logistics were playing a big part in grain pricing, and the market was recovering from a tough few weeks where contracts were hard to execute because of the Christmas-New Year break and limited road-transport capacity.

“Availability of grain has been the biggest issue,” Mr Quinn said.

“There’s been nothing in the pipeline, but that will slowly improve.”

Rain has already eased the demand for hay which has been trucked north in large volume from Victoria, South Australia and southern NSW.

“We’ve seen a big drop-off in hay demand, and that will help trucks to service the grain demand.

“The rain’s been good for the grazier, but it’s probably been a bigger miss than a hit in the cropping areas.”

Mr Quinn said now the scramble seen in the New Year for grain was over, Victorian wheat and barley were no longer pricing by road into northern NSW.

“It’s probably $20/t over what you can get off the train, or out of the Brisbane FOT market.”

The February delivered Melbourne market is trading this week at around $375/t, up a few dollars on last week, while barley is steady at $335/t.

One trader said most Victorian growers with unsold grain would not think about selling any further tonnage until next month, and were likely to stay out of the market if they felt bids were too low.

ASX eastern wheat futures traded actively over the past two weeks, as the January 2020 contract expired and open interest was closed out.

The ASX WM east coast wheat price March 2020 futures settlement on Monday was $359/t, approaching the January low, having reached a recent high on 10 January at $374/t and settled yesterday at $367/t.

Barley futures generally weakened in the new crop while current crop, in line with strength in the cash barley market, regained much of the ground lost in the second week of January. March barley settled yesterday at $313/t.