Seeding of the 2019 winter crop is under way in parts of NSW including Young. Photo: Adrian Roles, JMAJ Precision

PRICES for feedgrain in southern Queensland have slipped a few dollars per tonne following rain in the past week, which has sparked some early planting of winter crops in pockets of New South Wales.

In a week of particularly quiet trade, most grain-market quotations north of the NSW-Queensland border unsurpringly have eased a little.

“Wheat has been under a small amount of pressure since the rain, and would be quoted around $415/t delivered Downs,” Mr Walker said.

While southern Queensland has had the best of the recent rain, its major cropping areas are still at least a fortnight away from planting.

Rainfall in the week to 9am today included 15-35mm over much of the NSW tablelands, which will kick along autumn pasture growth and clip grazier demand for grain and cottonseed for livestock.

Rain over the NSW grainbelt in the past week was patchy, with the southwest slopes and pockets of the northwest recording significant amounts.

Registrations included Coonamble with 94mm, Gunnedah with 82mm, West Wyalong with 28mm and Young with 43mm.

In cropping areas of Central Queensland, handy rain also fell, with totals including Clermont with 30mm, Emerald with 17mm and Springsure with 21mm.

Falls were mostly higher in parts of southern Queensland and on the Downs, and included Macalister with 42mm, Dalby 34mm, Jondaryan 49mm, Miles 57mm, Roma 30mm and Surat with 36mm.

In Victoria, handy rain was confined largely to the state’s drought-affected east, with falls in the key cropping areas in the Mallee and Wimmera being minimal, and in line with registrations in the outer slopes and plains of southern NSW.

Norco trader Simon McDougall said the rain in northern NSW has failed to soften the region’s grain values, as all areas still need significant rain to allow them to plant the bulk of their next crop with confidence.

“Even people that got a lot of rain on the black country have found their topsoil was dry a few days after because their ground was just so low on moisture,” Mr McDougall said. 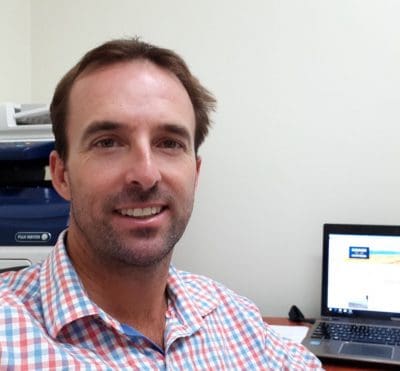 “The planting window for winter crops is now well and truly open, and the next rain event like the one we just had will be the game-changer.”

Mr McDougall said the Liverpool Plains and surrounding districts might be able to plant up to 20 per cent of its intended winter-crop area on recent rain.

“That will be oats, canola and early wheat, which they can plant up until the end of April before they roll over to barley and shorter-season wheats.”

“End-users aren’t wanting to step up to those levels, and most sorghum growers have cotton coming off at the moment, so their cash flow coming up to the end of the financial year is okay.

“They might want to sell some of their sorghum once they get to July-August.

“The rain last week that came through NSW was far from a general rain, and we’re still well off a widespread plant.”

This is what growers and end-users alike are hoping for, with small-to-medium enterprises still buying hand to mouth in the hope a widespread and timely planting of winter-crop forces down cereal values.

“We’ve got oats and early wheat going in, and some long-season grazing canola is up and away because it was planted earlier,” Mr McKinnon said.

With sheep prices stronger, some producers have continued to source small volumes of grain from the local market, with wheat trading at $410-$420/t farmer to farmer.

“A lot of farmers are still apprehensive about buying grain from Western Australia or South Australia because of what it might bring with it.”

“It’s okay for the big end-users to use that interstate grain in milling, but smaller operators are concerned about what saving a few dollars now might cost them in the long run.”

The NSW Department of Primary Industries has already prohibited lupins from WA and SA for use as seed or paddock feed because of the possibility it could introduce anthracnose.

Many producers in southern NSW are still paddock-feeding livestock with grain they harvested last year.

“With the prices for livestock going up, they’re happy to do it.”

The cottonseed trade is in changeover mode during April as new season cotton is ginned, replenishing supply of cottonseed as it becomes available ex gin site.

While gins in central Queensland have been operating for some time, those in southern Queensland and Northern New South Wales will start this week and next.

Woodside Commodities manager Hamish Steele-Park said the cotton industry would need to see good rain in catchments over winter to stop things getting worse next year.

As soon as cottonseed is readily available at most gin sites, the premium between prompt and gin spread will go, as is already indicated by forward-quoted values and prompt closing the gap.

“Delivered Darling Downs this week was quoted around $585/t May to July.”

Quoted around $200/t ex, they are being carted to key NSW feed-deficit regions between the central west and the New England, and are landing at values around $100/t under the approx. $450/t price of cereal hay.