THE UPCOMING harvest in New South Wales and South Australia is likely to produce enough durum to satisfy domestic demand of roughly 200,000 tonnes, but exports out of NSW are unlikely. 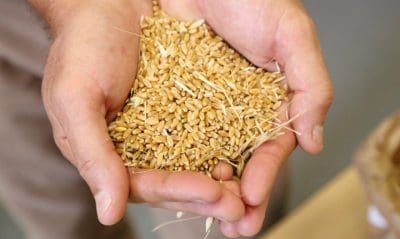 This unusual situation reflects the dire season the Liverpool Plains and Moree/Narrabri districts of NSW, traditionally the state’s key durum-growing areas, have had.

With little of the intended durum area in northern NSW planted due to a lack of planting and germination rain, irrigated areas in southern NSW will produce nearly all of the state’s durum.

With domestic semolina producers covered until new-crop, trade sources have said the only significant demand for durum was now coming from the poultry industry, which is paying big dollars to secure grain in the drought-hit NSW market.

“When the local feed market gets to $420 a tonne on old-crop feedgrains, you are at a premium to export parity on durum, and that’s where we are now,” one trader said.

“Some old-crop has already gone to feed chickens in the Riverina.”

In southern NSW, durum has found favour as a crop to grow in rotation with irrigated cotton, and this year the region is expected to produce around 75,000t.

However, that level of production depends on irrigators being allocated part of their entitlement to allow them to give their crops a final drink and bolster yield prospects.

Durum from southern NSW may supplement Victoria’s small durum production for the southern state’s semolina processors, or the local feed market, but is unlikely to make its way to export.

Northern NSW has traditionally produced at least 200,000t of durum, and about 75,000t has been processed domestically.

Much of this has been milled into semolina by Weston Milling in Brisbane, which also processes Queensland durum, and at Manildra Group’s Gunnedah facility, which in June ceased flour production to concentrate on semolina.

“Short of an adverse spring, we should have an export surplus, which could mean cargoes out of Port Adelaide,” Mr Mellington said.

“South Australia is having a reasonable season where durum is predominantly grown, but we’ve struggled with subsoil moisture.”

Most of South Australia’s durum is grown in the Mid and Upper North and on the Yorke Peninsula.

“Parts of those areas have had below-average rainfall, and they’re having a reasonable year; no-one’s having a good one.”