The Port of Jeddah is one of the key points for barley entering Saudi Arabia.

SAUDI Grains Organization (SAGO) has booked 540,000 tonnes of barley at an average price of US$225.34 per tonne cost and freight for delivery last half November/December, with Australia a likely supplier of several cargoes.

Other suppliers in the optional-origin tender are Black Sea, EU, and North and South America, excluding Canada.

Ocean freight rates from WA and SA typically make those barleys more competitive to Gulf ports than to Red Sea ports where Black Sea and EU origins are cheapest.

In a statement, SAGO said 16 of the 25 invited global companies tendered, and six with the lowest rates were successful.

The average price is $13.90/t higher than the previous tender issued in July for October-November shipment (table 1). 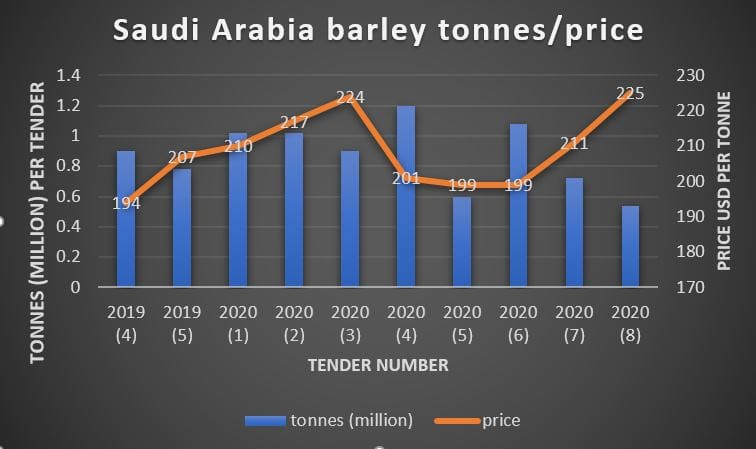 CBH and Glencore as the major exporters of Western Australian and South Australian grain respectively are among them, with the others being Aston, Holbud and RIF, according to trade reports.

This is SAGO’s sixth barley tender for 2020, and will bring Saudi barley imports to nearly 5 million tonnes this year.