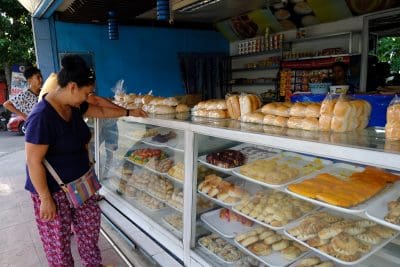 The Philippines is a major importer of Australian wheat. Photo: AEGIC

AUSTRALIA exported 559,106 tonnes of wheat in November, made up of 496,937t in bulk and 62,169t in containers, according to the latest data from the Australian Bureau of Statistics.

The bulk figure is 3745t below the October number, and the boxed tonnage is down 28 per cent over the month.

Market Check head of strategy Nick Crundall said a rise in exports could be expected as Australia moves into new-crop slots.

“November wheat-export data illustrated that our exports weren’t flying out the door, but considering November exports were predominately backed by old-crop volumes, it’s understandable that overall figures were fairly low,” he said.

“Digging into the numbers, we did our lowest volume to Indonesia in over 20 years of just 1990t.”

That compares with Australia’s record high for November exports to Indonesia of 420,000t.

“The Philippines did the heavy lifting once again, as Australia’s tariff exemption continues to aid in shipping Aussie wheat in that direction.

“We’ve seen a decent pick-up in export volumes as a whole in December-January, so the data should start to improve as we progress through 2019/20.”