AUSTRALIA exported 920,203 tonnes of wheat in September, up 56 per cent from 591,496t shipped in August, according to the latest data from the Australian Bureau of Statistics (ABS). 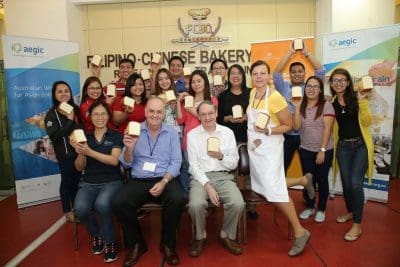 Bulk shipments in September show a surge in sales to Indonesia, Japan, Malaysia and Vietnam.

While no wheat was shipped to Yemen in August, the destination took 91,000t in September, and this also contributed to the month-on-month increase.

In the boxed market, China was the biggest customer by far, and its buying helped to temper the drop in sales to most major customers.

Market Check head of strategy Nick Crundall said September wheat exports bucked the trend of steadily declining export volumes in the back end of the 2018-19 season.

“Versus the five-year average, September is generally the smallest export month in the post-harvest period, whereas this was the biggest month we’ve seen since May,” he said.

“This was a result of some  of our key offshore consumers stepping up to take some volume and exporters being keen to get rid of old-crop, as there was an inverse to new-crop.”

Vietnam topped the charts in terms of September wheat-export volume, with Indonesia a close second as they buyer of the most Australian wheat it has purchased since December 2018.

“This data finalises the 2018/19 season, and it’ll be the first time in 16 years Indonesia hasn’t been our biggest export home, with The Philippines taking out first place.”

In the container market, ABS figures show volumes have been fairly stable throughout this year, with September tonnage just shy of 100,000t. The big swinger was 46k going to China, which was the second consecutive month of strong relative container exports.

In August and September, China has taken more boxed wheat than in all the other months of the season combined.

“This is an encouraging development, despite the fact we’ve only exported a fraction of our five-year average in 2018/19.”