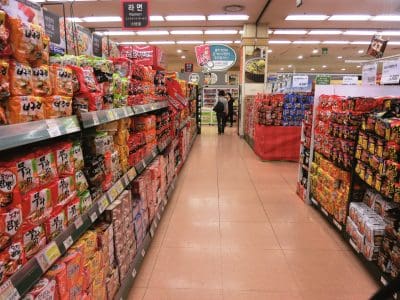 Wheat from Australia and other origins goes into manufacturing noodles in South Korea. Photo: AEGIC

AUSTRALIA exported 589,489 tonnes of wheat in October, down 36 per cent from 915,781t shipped in September, according to the latest export data for the Australian Bureau of Statistics (ABS).

“October exports were indicative of the tight carryover stocks of old crop, as new crop was yet to hit the bin in earnest,” Market Check head of strategy Nick Crundall said.

“It also marks the first month of the official data for the 2019-20 season and, compared with last October, exports were higher.

“This is a trend we’re seeing on the shipping stem also, with the October-January period showing higher year-on-year export numbers, even though the overall exportable surplus is lower this season than last.

“As we progress into the New Year, it’ll be closely watched where our exports go, and whether we see Indonesia step back up to top spot or if they continue to source from other origins.”