AUSTRALIA’S wheat exports ramped up in December on new-crop availability out of South Australia and Western Australia, with monthly totals hitting 925,290 tonnes, up 68 per cent from 551,881t shipped in November, according to the latest Australian Bureau of Statistics export data. 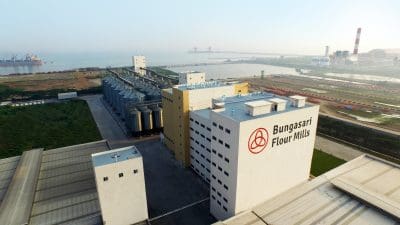 In the bulk market, Indonesia on 132,853t was the biggest market for December shipments, followed by The Philippines on 8,287t and Thailand on 81,808t.

In the boxed market, Vietnam, China and Thailand were the biggest buyers.

“Wheat exports were strong in December relative to our overall exportable surplus, continuing the trend of our export pace running at an unsustainably fast rate,” Market Check head of strategy Nick Crundall said.

“Indonesia came in as the main buyer with its biggest monthly total since December 2018.

“The Philippines and Thailand were also big contributors, as was China, as we start to see the beginning of their rumoured purchasing spree from a few weeks ago.”