AUSTRALIA exported 436,507t of wheat in July, down 58 per cent from 1.04 million tonnes (Mt) in June, according to the latest data from the Australian Bureau of Statistics (ABS). 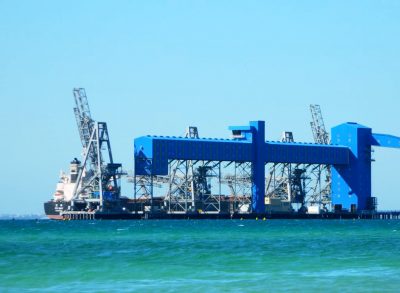 “In general, we get large volumes of our grain out of the country ahead of the northern hemisphere harvest,” Mr Whitelaw said.

“Last year was not an average year, with drought impacting overall volumes; this meant that we had less volume available for export, and the pantry is now looking very sparse.

“At present export markets are concentrating on the volumes available from the new harvest, with record export pace being seen in Russia at the moment.”

In its latest monthly report issued 1 September, South Australia’s major bulk handler Viterra put wheat stocks at 151,295t, down from the 1 January peak of of 1.83Mt.

Steady shipment programs from CBH and Viterra terminals, and some smaller operators, over coming months will run down Australia’s wheat stocks to a bare minimum prior to new-crop shipments starting in small amounts in November.