AUSTRALIA exported 112,584 tonnes of barley in June, down from 301,597t shipped in May, according to the latest export data from the Australian Bureau of Statistics (ABS). 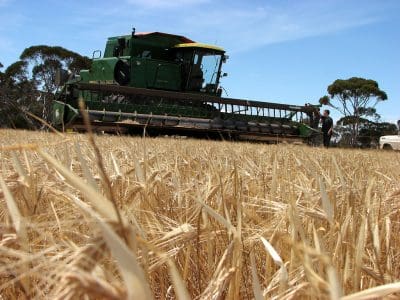 The drop reflects a lack of buying interest from China, hardly surprising as its anti-dumping investigation into historical Australian barley pricing continues, and competitive pricing of new-crop northern-hemisphere feed barley into the world market.

Market Check head of strategy Nick Crundall said on top of June usually being a small month for barley exports, the grain was becoming very difficult to accumulate in volume out of
South Australia and Western Australia as their stocks ran down.

“Even though export demand is limited, people aren’t offering offshore anyway, preferring to shift their focus to sending available stocks to the east coast,” he said.

“This will remain the case until new-crop hits the bin, so the east coast needs to continue incentivising inter-state movements, rather than allowing barley be exported offshore.”

The slump in barley shipments to Asia and the Middle East also reflects unabated demand from feedlots in Queensland and New South Wales, where drought has reduced the supply of local barley.

This has seen the domestic market continue to pay top dollar for SA and WA feed barley, which continues to be shipped in considerable volume to Brisbane and Newcastle.

In its July Vessel Activity Report, Lachstock Consulting has estimated 1.2 million tonnes of feed and malting barley will be transhipped to eastern Australian ports in the year to 30 September, 2019 as a result of the drought.

Sorghum export figures reflect modest bulk buying from China, where the grain is distilled to make the baijiu spirit.

The chronic shortage of feedgrain in Queensland and northern New South Wales is likely to keep further bulk exports of sorghum to a minimum.

This is despite a good harvest in Central Queensland, which appears to be supplying domestic consumers spread from Sydney to North Queensland, rather than going into its normal export avenue.