NEWS late last week that the Ministry of Commerce (MOFCOM) of the People’s Republic of China had decided to extend its anti-dumping investigation into Australian barley imports, while disappointing, came as no surprise to most market pundits.

Citing the complexity of the case, MOFCOM announced that the probe would continue for an additional six months, and will be completed by May 19, 2020. 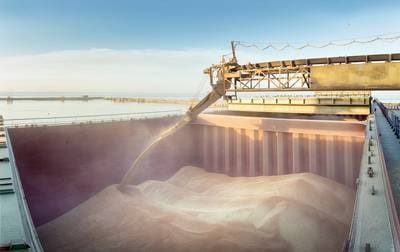 The extension comes despite full cooperation by the Australian Government, its agencies, industry bodies and exporters with MOFCOM’s investigation over the past 12 months. By all reports, the detailed information sought by Beijing in the course of the investigation has been provided in accordance with their guidelines and timelines.

MOFCOM launched the probe in November last year, accusing Australia of dumping barley into the Chinese market at prices it considered below fair value.

World Trade Organization (WTO) rules state that anti-dumping probes should be completed within one year, though the investigating country does have the option of an additional six months under special circumstances. It seems that “complexity” qualifies, as there appears to have been no attempt by the WTO to intervene.

Ours is not the only agricultural trade stoush involving China at the moment.

Early this year, Beijing halted purchases of Canadian canola, alleging inspectors found pests in several shipments. This has led to a slump in Canadian canola exports, and has left growers battling lower prices and holding silos full of unsold seed.

And the US-China trade war continues.

The on-again off-again negotiations have been excellent fodder for the global media, and its impact on world trade and the global economy is growing rapidly.

According to US negotiators, the two countries held further constructive discussions (whatever that means) over the weekend. Completely different rhetoric is being reported in China, with officials there saying the two sides are not even on the same page. Plenty of work to do, it seems, before a deal is inked.

In recent times, Australia has been China’s largest supplier of barley with the grain going into both the brewing and stockfeed markets. In the 2017/18 (Oct-Sep) marketing year, China imported almost 6.5 million tonnes (Mt) of Australian barley. This was valued at more than AU$2.2 billion, and accounted for around 75 per cent of China’s barley imports in that year.

Though still significant, that dropped substantially in the 2018/19 season to a tad under 2.4Mt. To put that in perspective, Japan, Thailand and Vietnam were the next biggest importers of Australian barley at 653,000t, 205,000t and 112,000t respectively.

What does this mean for exports of Australian barley over the 2019/20 marketing year?

If past actions are a fair indicator of future intentions, it certainly doesn’t mean that there will be no barley trades to China.

While a significant proportion of last season’s export business to China would have already been on the books when the anti-dumping investigation was announced, 730,000t was shipped in the second half of the season. Most of this business was probably concluded after the investigation commenced.

However, any new-crop sales are more likely to be malting barley as opposed to feed barley. China’s feedgrain demand is falling as the African Swine Fever epidemic continues to decimate its pig population.

On the other hand, Chinese brewers prefer Australian malting barley over French on the basis of quality, and malting barley prices in Canada make its barley uncompetitive at the moment.

In fact, market rumours are suggesting that as much as 500,000t of new-crop Australian business may have already been concluded.

The expectation is that barley exports to China will be down again this year. Those exporters that are willing to accept China as a trade counterparty are likely to trickle barley on to the Chinese mainland but will minimise risk by doing so one, or maybe two, cargoes at a time.

Outside of China, Saudi Arabia, and in particular the port of Dammam in the Arabian Gulf, increases in significance as a destination for Australia’s exportable surplus in the first half of 2020. Australian exporters would certainly be hoping to do more than the one, 66,000t cargo shipped to the Gulf state in the 2018/19 season. 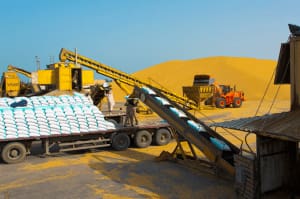 Handling imported barley at the Saudi Arabian port of Dammam.

The Saudi Arabian Grain Organisation (SAGO) announced a tender late last week for 1.02Mt of animal-feed barley for February and March arrival.  Results were released on Monday with offers received from Australia, the European Union, the US, Argentina and the Black Sea region.

Looking at the breakdown of offers, and the companies involved, it would be safe to assume that a significant portion of the Arabian Gulf business will be executed out of Australian ports and, surprisingly, some of the Red Sea shipments may also be Australian origin.

This is great news for domestic barley growers in a week when China disappointed.

With Australia’s freight advantage over the Black Sea and Europe, domestic exporters will also be looking to other traditional Asian consumers such as Japan, Thailand and Indonesia to step up to the plate and increase their imports of Australian barley over the next 10 months.