CHINA is poised to consolidate its investments in agriculture by focusing its domestic output on high-value production, and strengthening pathways with efficient suppliers of broadacre crop output, including Australia.

This was the message from China Policy CEO, Philippa Jones, a speaker at last week’s Australian Grain Industry Conference in Melbourne on the topic of China’s coming impact on the global grains trade. 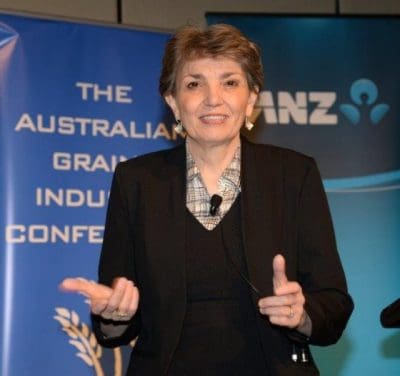 Ms Jones said China’s pursuit of quality, along with the Belt and Road Initiative, which is set to better position China in world trade channels to shore up its food security, was a significant move away from its earlier pursuit of quantity of domestic production.  It would represent a departure from what had been a goal of self-sufficiency.

“China will be focussed on high value-added agriculture and this will leave more of a space for countries that are more involved with broadacre agriculture,” Ms Jones said.

“China is now saying that agriculture must be profitable; it must be able to pay its bills.

“It is being much smarter about the investments it’s making overseas.

“China has moved from self-sufficiency to food-security, and in this move it has embraced the globe. It feels that it now needs to go out and it needs to become part of the global trading system.

“This agricultural transformation is critical to the government, critical to its continued economic growth, to social stability, to China’s very prosperity.”

Ms Jones said the message for Australian agriculture was to take seriously China’s new goals for food standards, to take note of where China is moving in a policy sense, to manage risks and to capitalise on the considerable opportunities these offered.

China’s Belt and Road Forum in May in Beijing brought together representatives from 130 countries. It was seen as a vehicle to stimulate world trade.

Significant, also, in development terms, Ms Jones said the Asian Infrastructure Investment Bank (AIDB) was an example of China’s engagement in multilateral systems and would help bring innovation to countries in the Belt and Road initiative.

They include countries like Russia and Mongolia, which link Asia and Europe through the Silk Road, and maritime routes which link Chinese ports with South and South-East Asia and the Mediterranean.

“Luckily for Australia, we agreed to recognise China as a market economy.  The US and the EU didn’t and it is still playing out this year.”

The Belt and Road Initiative (BRI) has been seen as a vehicle to stimulate world trade, and Ms Jones said it was very much focused on agriculture.

She said China’s 2017 Foreign Trade Development Plan was competitive, high-end, and based on co-operation with countries along the Belt and Road.

“It wants to innovate new modes of foreign trade and wants to be pro-active in import policy.” 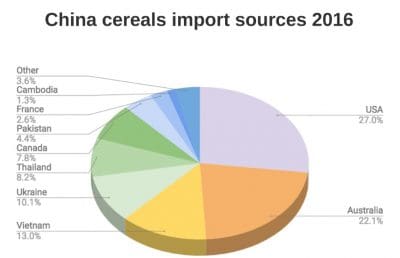 The diverse mix of suppliers is very much in line with China’s multi-strand approach to food security.

Ms Jones said the major policies that will influence the grain trade and agriculture in general will be about building partnerships, developing standards and working together, as part of China’s push to engineer change in the way it trades.

“We think that over the next five years we will see tremendous amount of development in this area.” 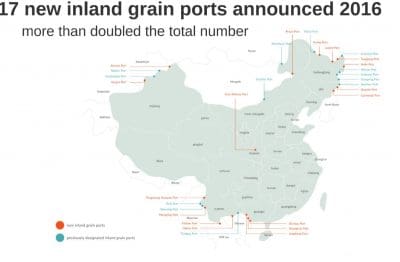