CHINA’S increased demand for Canadian, French and Ukrainian barley has created a “two-speed barley market” in the Black Sea, as the major importer looks elsewhere for feed in Australia’s absence, according to Soufflet trading division chief executive officer Jean-Francois Lepy.

Speaking last week at the Australian Grains Industry Conference (AGIC) 2020 Live event, Mr Lepy said Chinese demand for Ukrainian barley had created a premium for it over Russian barley now that China’s tariff was “shutting the door” on Australian barley.

“There’s a consequence that we have a two-speed barley market in Black Sea today,” Mr Lepy said.

“Feed barley that can go to China trades up to $5 above the classic feed barley.”

“Only a few countries have a grain passport – a phytosanitary certificate – with China.”

They are Ukraine, conditional upon supply-chain security, Australia, Canada and France. 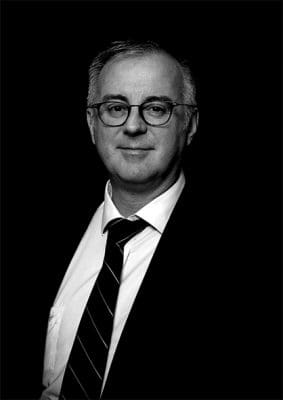 Mr Lepy said France being an exporter of malting as well as feed barley to China had shortened its export surplus, and lifted its values above those ex Black Sea.

“Ukraine, France and Canada will be the (beneficiaries) of China’s barley issues.

“No one will take the refusal risk.”

China has phytosanitary restrictions in place on Argentinian barley, but it could be a supplier.

Mr Lepy and Dr Meyer spoke about wet weather at wheat-planting time in Europe, and dry conditions as the crop matured, as reducing area and then yields in many parts.

“Perhaps from an Australian perspective, a smaller European crop isn’t such a bad thing for your own trade position,” Dr Meyer said.

Wheat crops in France, Germany and the United Kingdom have all been affected by the adverse start and finish to the wheat season, which saw spring barley get planted when autumn proved too wheat to seed wheat.

Dr Meyer said downward revisions in the past month for the European, Russian and United States wheat crops had been supportive of prices.

Mr Lepy said 40 per cent of the world’s wheat trade was coming from the Black Sea’s exporting nations of Kazakhstan, Russia and Ukraine.

“Russia and Ukraine will be the two main wheat suppliers for the next six months.”

The premium which has developed for Ukraine feed barley is one aspect of a global feedgrain complex which is juggling heady Chinese demand with big world stocks.

Dr Meyer said China’s tariff rate quota for imported corn, set for this year at 7.2Mt, might continue the trend of recent years in being underfilled, as did China’s wheat and rice TRQs.

“In the past, a lot of that’s been a function of those quotas going to state-owned enterprises.”

He said China’s TRQ rates on corn and wheat were higher than they had been in recent years.

“What we’ve seen more recently now is that the Chinese have come in and bought new-crop US corn.” 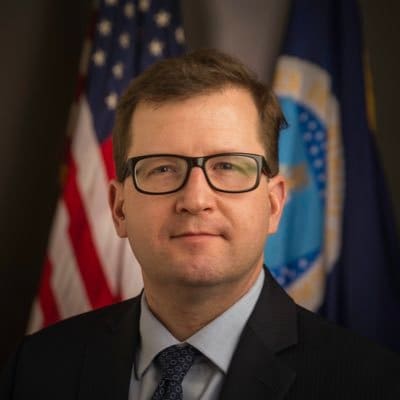 US data indicate these purchases have accounted for 1.76Mt.

“At least from a feed perspective, they are finding ways to displace barley, as you are experiencing some of what we experienced with the Chinese as they try to keep your product out.”

China has no TRQ on sorghum, but limited global surplus of the red grain is likely to keep this market small.

“The Chinese are taking in more corn, but buying additional US sorghum will be a challenge because US farmers didn’t plant a whole lot of it.”

He said the failure of US corn prices to react markedly to a 5pc drop between corn planting intentions in March and actual planted area of 37.2 million hectares in June showed the impact big stocks had on markets.

“Our stocks — corn, soybeans, wheat — have been affected by global markets more.

“Losing 5 million acres wasn’t enough to spark a big price rally because we were going to have a huge carryout, and now it’s only a fairly large carryout.”

“I believe that’s a 110-year low for aggregate wheat area planted in the United States.”

He said reduction in planted areas showed grower response to relatively low prices, with perhaps more area being given to forage and pastures, and marginal areas being left out of production.

The US is the world’s largest ethanol producer, and Dr Meyer said reduced fuel consumption had cut demand for feedgrain for its plants.

“It hasn’t been announced.”

A continuation in China’s run on US corn could also tighten stocks.

Phase 1 of the China-US Trade Agreement states China will import US agricultural produce valued at $36.5 billion basis cost insurance freight (CIF) this year, rising to $43.5B in 2021.

“This was going to be a Herculean task, even if they had gotten started early in the year.

“If China attempts to follow through with Phase 1, that probably floats everybody’s boat a little bit.”