THE UNITED States Department of Agriculture (USDA) released its November World Agricultural Supply and Demand Estimates (WASDE) to the market last Friday, and it contained nothing for the trade, or futures markets, to get excited about. 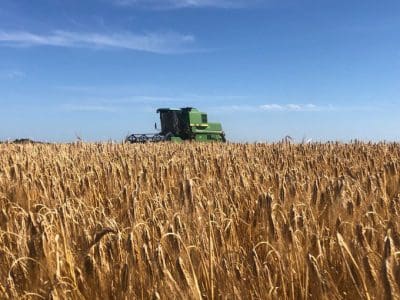 Increased barley production in countries including France has weighed against smaller crops in other origins including Australia in the October WASDE.

Wheat futures have been trending downward since a three-month high of 532.25c/bu was set on 18 October. That equates to a fall of almost $12 per tonne over the past three weeks.

The December corn futures contract closed last Friday’s trade at 377.25c/bu, up 2c/bu on the day, but down 12c/bu for the week.

The soybean contract for November closed at 919.5c/bu, down 5.5c/bu on the day and down 4.75c/bu for the week. Like wheat, both corn and soybean futures have been trending lower in recent weeks and have lost the equivalent of just under $12/t and just over $11/t respectively since the highs of mid-October.

The WASDE wheat production numbers were basically a juggling act, the result being a small global increase of around 300,000t.

However, this is still around 1.5Mt above many domestic trade estimates, and a further reduction is expected in the next report, due for release on 10 December.

Argentine wheat production was decreased by 500,000t to 20Mt. Like Australia, this is around 1.5Mt above the most recent estimates emanating from the South American republic. Last season’s production was 19.5Mt. Reaping has commenced in many parts of the country, and the Buenos Aires Grain Exchange called the wheat harvest 7 per cent done, compared with 11pc at the same time last year.

The US was the other major wheat producer, which saw production fall compared with last month. The USDA pegged 2019/20 production at 52.3Mt, a decrease of 1.1Mt, but still 1Mt higher than last season.

Planting of the next US winter-wheat crop is well under way, with 94pc expected to be planted by this week. This compares with 89pc last week, 85pc last year, and 92pc on average. Crop ratings are expected to be unchanged week on week at 57pc good to excellent, versus 51pc last year.

On the positive side of the equation, Ukraine, Russia and the European Union (EU) all saw increases from October estimates to their final wheat numbers for the 2019/20 season. Ukraine production was increased by 300,000t to 29Mt, which represents a significant year-on-year increase of 4Mt, or 16pc.

The USDA increased Russian production by 1.5Mt to 74Mt. Here again, the USDA appears to be conservative, with their revised estimate as local Russian forecasts are around 1-2Mt higher. That said, it is still around 2.3Mt higher than 2018/19 production.

The most significant increase to global wheat numbers in Friday’s WASDE report came in the EU. Production was posted at 153Mt, an increase of 1Mt from October, and an increase of 16Mt compared with last season. However, the USDA number is 3Mt lower than the most recent European Commission wheat forecast of 156Mt.

In France, the EU’s biggest wheat producer, planting of the winter-wheat crop has been delayed by wet weather. The French state grains board, FranceAgrimer, estimates 67pc of the soft-wheat crop has been planted, up 13pc on the previous week, but still well behind the long term average of 82pc.

With global wheat demand remaining static, the wash-up of all of the production changes was an increase in world ending stocks to a record 288.3Mt, 142.6Mt, or 49pc,of which is held outside China.

On the barley front, the WASDE report was slightly bullish. The USDA cut Australian production by 200,000t to 8.4Mt. While this may be achievable, it appears to be on the high side, based on the hard finish experienced in almost all the major barley-production regions of the country.

There were several decreases to global corn supply, but most had already been factored into trade calculations, hence the subdued futures market reaction. US production was down by 3Mt after the yield forecast was decreased to 10.5t per hectare.

US corn demand was down by 1.2Mt, but world demand was increased by 800,000t from the previous WASDE report. World ending stocks are forecast to decrease by 6.6Mt, predominantly in Brazil, China, the EU and the US.

The grain market needs news, and the WASDE report provided nothing that wasn’t already known and factored into global thinking. From a wheat and barley perspective, 2019/20 production is basically known, even though the USDA numbers still need a little tweaking in several key jurisdictions.

A resolution, or otherwise, to trade disputes involving China is a key driver in the near term. The big one, of course, is the US stand-off, with Trump seemingly dousing the most recent positive news with his usual Twitter diplomacy.