Grain-market volatility here to stay for the moment

GLOBAL sharemarkets staged a mini recovery on Friday as nervous investors looked to central banks and governments for support to counter the mounting economic costs of the coronavirus outbreak. 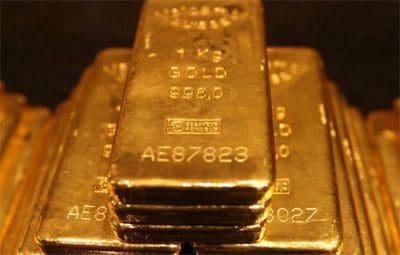 Gold values have also been affected as global markets react to COVID-19.

United States stocks bounced sharply higher, most of it in the final 30 minutes of the session after Thursday’s trade saw the biggest single-day fall for Wall Street since Black Friday in 1987. European shares, having notched the worst day on record on Thursday, registered moderate gains, but all finished well down on their intra-day highs.

Here in Australia, the S&P/ASX 200 recorded some of the most dramatic moves of the day. The index was down more than 7 per cent by lunchtime but rallied late in the day to close 4.4pc higher. This was after the Reserve Bank of Australia said it would funnel AU$8.8 billion into the lending market to help banks.

This bear market is not just about the coronavirus. Stockmarket valuations around the world, pumped up by low-interest rates, were already very high, despite sluggish global economic growth. Global debt levels are also higher in the corporate sector than they were in 2008. That itself would have eventually led to a reckoning in the stockmarket.

The pandemic is now making this correction even more brutal. Amid the turmoil, the US dollar has rallied quite dramatically, causing sharp declines in most global currencies. The Australian dollar traded down to US$0.6122 on Friday, the lowest since November 2008, before closing the week one cent higher at $0.6224.

The AUD finished the previous week at 0.6638 against the US dollar but closed at new lows each day last week to be down more than 4 cents, or 6.2pc in seven days. In fact, the trend has been downward since the New Year falling from a high of $0.7015 on 31 December, a drop of almost 8c or 11.3pc year-to-date.

The Australian dollar is the fifth most-traded currency in the world, and is heavily exposed to Asian economies, China in particular. Australia is a significant exporter to China, and our economy and currency tend to reflect any change in the economic situation in that country.

And like the New Zealand and Canadian currencies, the Australian dollar is known as a commodity currency. Its value tends to move with the price of commodities, as Australia’s economy is heavily reliant on exports of products such as iron ore, coal, precious metals and agricultural goods.

The AUD/USD pair often rises and falls along with the price of gold. In the financial world, gold is regarded as a safe haven against inflation, and it is one of the most traded precious metals, particularly in times such as we are experiencing at the moment.

But gold put in a shocker last week. After trading at multi-year highs, above US$1700 per ounce on Monday morning, it lost a staggering $170/oz in the next four and a half days as the yellow metal was pummeled, alongside crumbling equity values.

And there were three major forces at play: the wide-ranging commodity sell-off, investor preference for sovereign US debt supported by the assumption of Federal Reserve intervention and, most dramatically, a frantic rush to seize liquidity by selling any gold value for cash.

Foreign exchange moves have been instrumental in extending the generally low level of US grain prices. One of the enormous disservices that President Trump has inflicted upon the US farmer is pushing up the value of the US dollar, decreasing their ability to buy demand in a competitive export environment.

On the other hand, the fall in the Australian dollar value has been a godsend for Australian grain growers, who have effectively been shielded from the recent weakness in global grain markets. It has increased the competitiveness of Australian grain, wheat and barley in particular, relative to our export competitors.

Since the July wheat futures contract on Chicago peaked at 590 cents per bushel on 21 January, values have fallen by more than 14pc. The contract traded below the psychological 500c/bu barrier on Thursday, the first time since 30 September last year.

In the Black Sea region, Russian export wheat values have been on the decline since peaking in late January. Like Australia, the Russian farmer has been spared the real impact of that fall by a significant depreciation in their currency against the US dollar.

The devaluation of the Russian ruble has been exacerbated in recent weeks by the oil price war that has erupted between Russia and Saudi Arabia following the breakdown of their pact to limit production. This has sent oil prices plummeting, another welcome bonus for the Aussie farmer as the winter crop planting season approaches.

The lower Australian dollar brought the buyers out in force last week, covering export sales and pushing values sharply higher. This supports the persistent rumours that significant export sales of both wheat and barley have been made in recent weeks, with China the primary destination.

Market volatility is here to stay for the moment, with the real effects of COVID-19 yet to be seen. It is definitely a time for caution and taking risk off the table. Sure, the exchange rate could go lower, but nobody knows how this crisis will impact global grain demand, and therefore prices.