IN APRIL, India was going to save the world from food insecurity. At least that was the commentary from their government. We had our reservations that they would be able to export the volumes they were predicting, more than 10 million tonnes (Mt).

Over recent weeks, India has been hit with a pretty severe heatwave, which has caused major damage to their crops.

This has changed their views from being a large exporter to banning exports.

India is now concerned about its own food security.

Whenever these types of government interventions occur, there will be a lot of questions.

Exports will still be possible, with the following statement issued as part of the government gazette:

Export will also be allowed on the basis of permission granted by the Government of India to other countries to meet their food security needs and based on the request of their governments.

The question now will be whether it is easy or difficult to get permission.

Technically any country purchasing wheat for their domestic consumption is doing so for food-security reasons.

In a normal year, India wouldn’t be that important to global trade, but the absence of Ukraine and other nations around the world suffering through poor crops.

India would have made a difference this year. 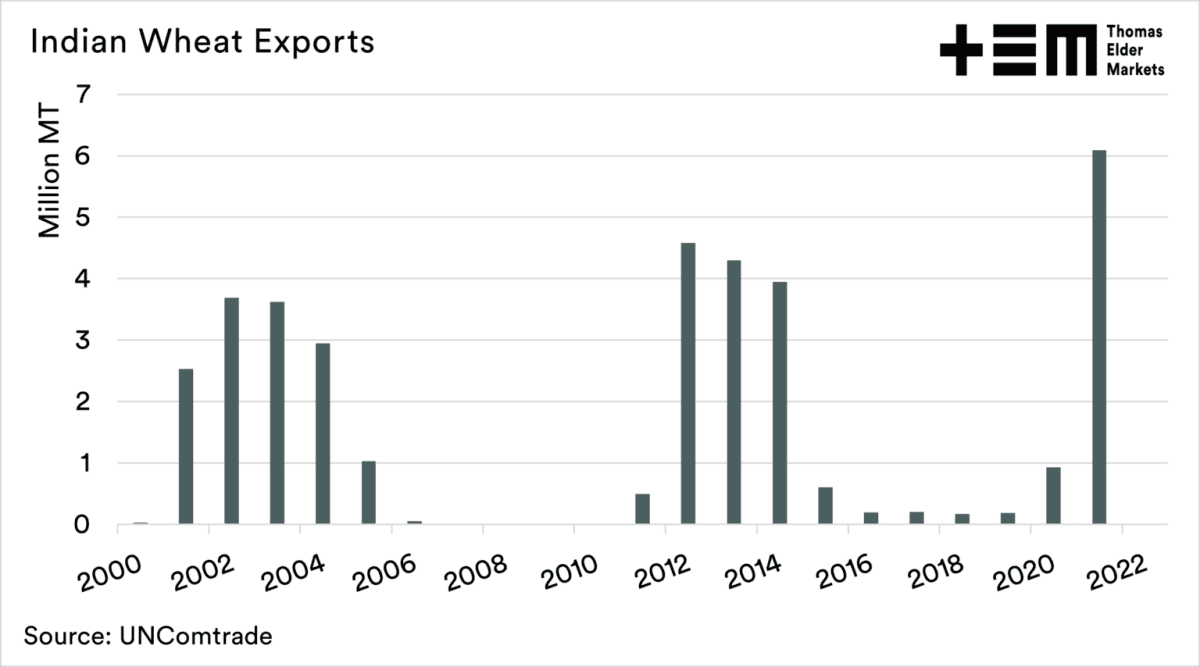 The reduced export volumes will likely lead to domestic prices within India falling, which might not be popular with the legions of farmers within the nation.

This will clearly be beneficial for switching more demand to our shores from an Australian perspective. This removes 5-12Mt from international trade at a time when it is already a tight environment.