THE Philippines was Australia’s largest bulk wheat market in May, taking 306,483 tonnes out of a total shipped for the month of 1.26 million tonnes (Mt), up slightly from the April total of 1.25Mt, according to the latest export figures from the Australian Bureau of Statistics (ABS). 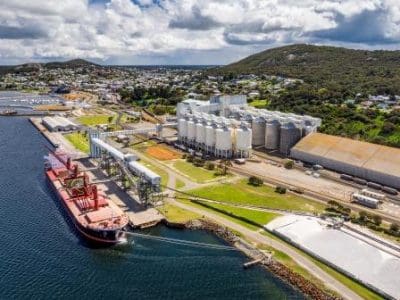 The Philippines’ May purchases were close to double its April figure, and the highest since March 2017.

This put The Philippines well ahead of Indonesia, which took 278,615t of Australian wheat in May, in line with its usual tonnage.

“This reflects just how important this market is becoming to Australia,” Mr Crundall said.

South and Western Australian exports in May showed a continuing surge, after lagging substantially in the first few months of Australia’s exporting window.

“Western Australia had its largest export month of the season in May, with South Australia also performing much better than we saw in the harvest period.

“It also shows that Black Sea wheat became too expensive, and buyers switched to us.”

“This leaves our domestic balance sheet in its tightest position in more than 20 years.

“If we don’t see a favourable change in growing conditions, especially as we get into spring, the market will need to do even more work to ration demand to build ending stocks for next season.

“Further, we’ll likely only have enough exportable surplus available to service our inelastic export customers, meaning we’ll see an even greater drop in exports than we’ve seen this year.”

Wheat crops in the Black Sea region are now being harvested.

Mr Crundall said this origin was expected to price into key Australian wheat markets, especially over the next few months.

“This isn’t too concerning, or unusual, as we typically wind down our export program as they wind up.

“Considering the precarious domestic situation we currently facing, we have no business trying to regain market share into export channels from the Black Sea.”

In containerised exports, Vietnam and Myanmar took first and second place in volume terms with 41,198t and 30,796t respectively for May, in line with the pattern of recent months.