AUSTRALIA exported 1.23 million tonnes (Mt) of wheat in May, up from 828,070t shipped in April, with The Philippines the major destination, according to the latest data from the Australian Bureau of Statistics. 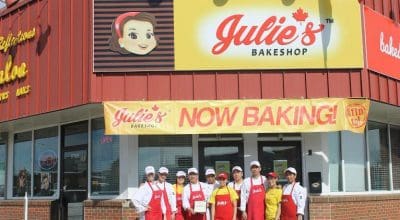 Wheat from Australia and other origins goes into flour used by home and commercial bakers like the Julie’s Bakeshop franchise.

Customers in The Philippines purchased 395,668t of Australian wheat in May, almost one third of total exports, with Vietnam on 113,184t in second position and Japan on 98,816t in third position.

Indonesia has traditionally been Australia’s biggest wheat customer, and ranked fourth in May with 85,996t.

As outlined in Peter McMeekin’s 9 July commentary, Indonesia appears unlikely to hold a top position for Australia’s export wheat destinations in the current marketing year now that it is sourcing increased tonnage from the Black Sea and Russia.