SAUDI Arabia has booked barley at tender this week as new-season prices continue to rise, but levels are still around 25 per cent cheaper than this time one year ago. 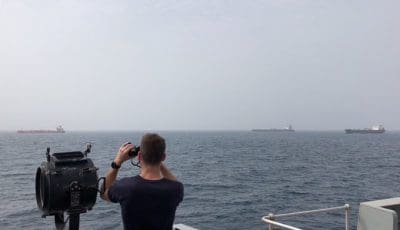 The average price of the booked grain is US$206.76/t cost and freight, and traders reported Bunge had secured contracts to supply more than half the quantity.

Bunge’s only Australian terminal is located at Bunbury, so the company may manage to price Western Australian barley, although Black Sea or EU grain seems far more likely at this time of year.

International tensions around the Strait of Hormuz have made shipping into the Persian Gulf port of Dammam command a higher premium than normal, which has factored into the latest tender prices.

Deliveries into Saudi via Dammam have reflected a premium of $10-15/t over deliveries to the Red Sea ports of Jeddah and Jizan.

In a previous tender, the Dammam premium was around $10/t.

Return to more normal season will likely see barley imports increase in the current year.  Structural change is also occurring in the Saudi marketplace, to the extent that usage of manufactured feed has gained popularity and has displaced some of the unprocessed barley in desert-fed Bedouin animal enterprise.

It seems four to six cargoes per month fewer were required this year than in 2018 and 2017.

Saudi Arabia’s use of corn in animal feed is increasing, up from a nominal 2 million tonnes (Mt) per annum a decade ago to consistently more than 4Mt, (figure 2).

While barley consumption has fluctuated around a mid-decade peak, it would be fair to say it is not rising.

Market structures are complex in Saudi Arabia, usage patterns are embedded and do not change readily and there is an overlay of government policy, including price subsidy, on nominated goods which affect buyers’ choices.

Corn used in Saudi Arabia originates from Argentina and the United States, which supply well over 1Mt each.

Brazilian corn ranks a distant third, but is growing in volume.