SAUDI Arabia overnight bought 16 Panamax-sized cargoes of barley, amounting to close to one million tonnes, booked for shipment over the next two months. 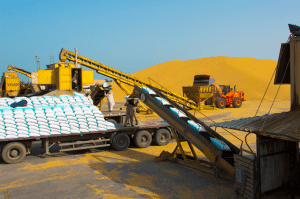 Traders reported the government organisation bought from six trade sellers, paying an average price of US$243.47 per tonne cost and freight, for barley from any of the following origins at seller’s option, Australia, North and South America, the European Union and the Black Sea.

Ten cargoes are to arrive at Red Sea ports and six at Arabian Gulf ports spread during April and the first half of May.

Higher barley prices have been evident in barley markets for some time, but this tender result was US$26 higher than the previous tender, and around 12 per cent above the average price of the previous three, demonstrating that barley supplies from cheap origins in 2017 have all but run dry.

Traders in Australia said while Australian barley prices would appear around A$10/t too strong to supply the Saudi market, the shrinking gap between the tender price overnight and major buyer China’s bid price would likely provide fuel to new China business when that country’s traders return from New Year celebrations later this month.

China has already bought barley aggressively this year, acknowledgement of the heavy cut in export surplus late 2017 when Australia’s barley harvest returned to the more normal 8 million tonnes (Mt), compared with the exceptional 13.4Mt record of 2016.