TURKEY has emerged as a key player in the international wheat market in recent years as imports increase to record levels. This is on the back of lower production, higher domestic consumption, increased government imports to stabilise domestic prices and an explosion in the export of wheat-based products. 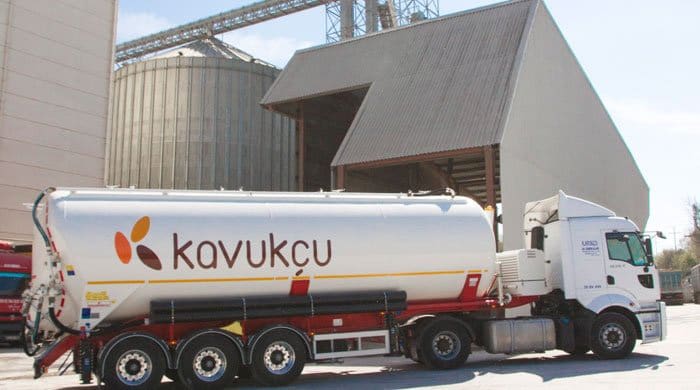 Turkey is a major exporter of flour made mostly from imported wheat. Photo: Kavukcu

The country has experienced a winter drought since seeding finished in October, with November-February rainfall down in all regions compared with last year.

However, the pattern changed for the better in mid-March, with falls over the past five weeks restoring soil moisture reserves and stabilising new-crop production.

New-season wheat production is currently forecast at 18 million tonnes (Mt), down from 19Mt last season, and more than 14 per cent lower than the 21Mt record set in 2017/18. This decrease is despite a 3.4pc increase in the planted area to 7.25M hectares.

On the other hand, barley production is expected to be similar to last season at 7.9Mt from a planted area of 3.8M hectares.

Domestic wheat consumption in Turkey is forecast to increase 1pc to 19.9Mt in 2019/20.  Most goes into human-consumption products such as flour and pasta, with the balance used as stockfeed.

Consumption of wheat-based products has increased dramatically in recent years.  According to the government, Turkey has a population of 81 million, with a growth rate of 1.2pc.  The country is currently hosting about 5 million refugees, double what it was only three years ago, and they are highly reliant on staples such as bread.

Turkey’s economy has been faltering in recent times, with per-capita income falling for the past two years.  This, combined with a reduction in purchasing power due to a devaluing lira, has forced the population to increase consumption of wheat-based products at the expense of protein.

Despite being close to self-sufficient for wheat, Turkey is expected to import around 10.5Mt, predominantly from Russia, by the end of the current marketing year, an annual increase of 61pc.  In the first eight months of this marketing year, imports totalled 7.3Mt, and the government has continued to issue regular tenders. The latest of these was 250,000t booked earlier this month for
April and May delivery in handy-size vessels to eight separate ports around Turkey’s extensive coastline.

Russia is the leading supplier of milling wheat to Turkey with 66pc, or 4.8Mt, imported so far this marketing year. In fact, Turkey surpasses Egypt as Russia’s biggest wheat export customer so far in the 2020/21 season.

Ukraine has been the other major supplier of milling wheat this season at just under 1Mt.  Turkey has also imported more than 1.3Mt of durum wheat to the end of February, with
Canada, Mexico and Spain the three main suppliers.

Turkey imports wheat predominantly for the manufacture and subsequent exportation of products such as biscuits, flour, pasta, semolina and bread. The country has increased its flour exports twofold and pasta exports more than sixfold in the past decade. It is now the world’s largest flour, semolina and cracked wheat exporter and
second-largest pasta exporter.

Turkey’s Ministry of Trade has developed an Inward Processing Regime (IPR) to enable exporters to import wheat duty-free if it is to be processed and re-exported. With import policies guided by downstream export demand, it is typical for Turkey’s imports to mirror its exports in terms of total wheat-equivalent volume.

However, imports in 2019/20 are expected to substantially exceed exports, as production has been less than domestic demand, and the government has been actively increasing wheat reserves.
According to the Turkey’s Agriculture and Forestry Minister, international wheat trade generated US$12.5 billion profit for the Turkish economy in the past 17 years. While Turkey imported 63.7Mt of wheat worth $17.4 billion between 2002 and 2019, it exported 75.7Mt of wheat and wheat-based products such as flour, pasta, and biscuits worth $29.9 billion.

In the 2019/20 marketing year, exports of wheat-based products are expected to reach 6.8Mt, due to strong sales into neighbouring and African countries since the marketing year began in July. So far this season exports have gone to 92 individual countries around the globe. The country’s flour exports totalled 3.3Mt in the 2019 calendar year, and that is expected to rise a further 8pc in 2020 to 3.5Mt. Turkey has around 542 active flour mills producing around 13Mt annually. With plant utilisation across the country running at around 45pc, that puts national capacity at 30Mt and gives processors plenty of scope to increase flour production and exports.

A government policy in place from September 2018 to June 2019 blocked exports of flour made from domestically-grown wheat. This was changed in July 2019 to allow companies to import wheat in advance on the condition that they export an equivalent amount of wheat-based products within six months. There is expected to be a slowdown for all wheat product exports in the remaining months of the 2019/20 marketing year. This relates to additional COVID-19 pandemic measures at the Turkish borders which ensure safety for workers, but slow down the rate of shipments.
Any disruption of wheat supplies from the Black Sea region related to COVID-19 export restrictions would also affect Turkey’s trade patterns. With talk that Russian supplies will be exhausted by mid-May, and Ukraine limiting exports, the Turkish importers may have to look further afield until new-crop Black Sea supplies are available in July.

All this comes at a time when Turkish processors see export opportunities for wheat-based products increasing into Europe, where supply chains are facing labour hurdles, and into Asia, where major supplier Kazakhstan has limited the export of flour to just 70,000t per month to protect domestic needs during the state of emergency.